FIFA have rebuffed the Sierra Leone Football Association’s request to lift the suspension of it soccer Association.

Following a meeting on Monday, Sierra Leone FA petitioned Fifa to lift the suspension that will allow it national team honour their Afcon qualifier against the Black Stars this week.

It could be recalled that the Anti-Corruption Commission of Sierra Leone barred SLFA boss Isha Johansen and general secretary Christopher Kamara from office following investigated on corruption-related charges.

Fifa suspended Sierra Leone from international football last week because of alleged government interference in the running of the country’s football association.

If the ban is not lifted before 11 October, Sierra Leone’s 2019 Africa Cup of Nations qualifier in Ghana will be cancelled. The return fixture is scheduled for 15 October. 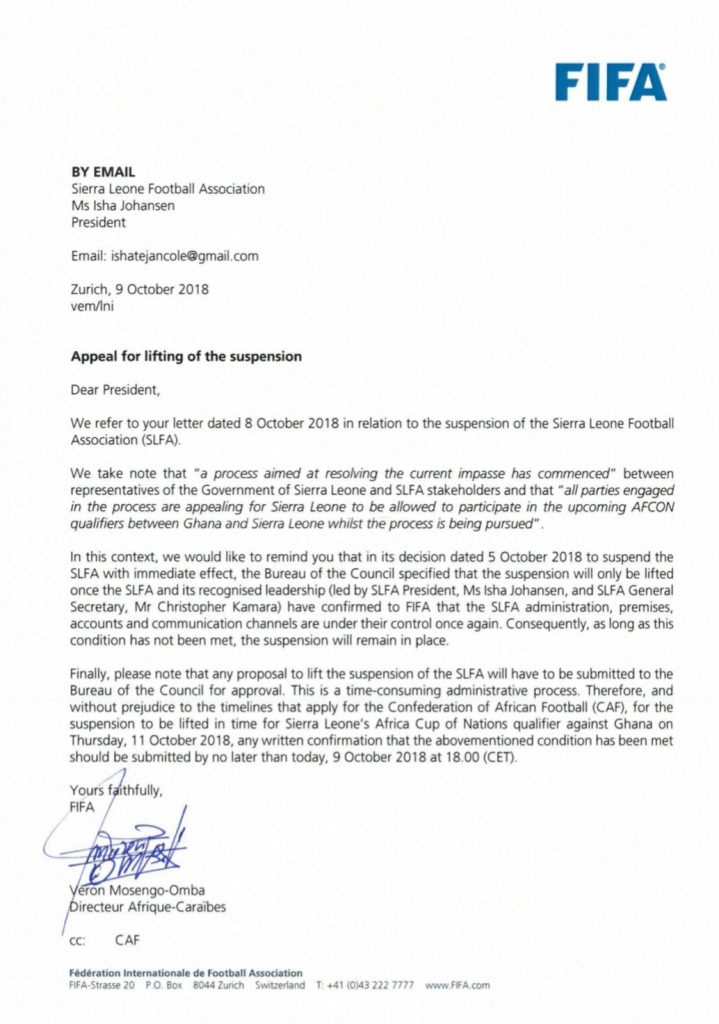