Former Bolton Wanderers midfielder Mohamed Medo Kamara has joined another Kuwaiti side Kazma Sports Club until the end of the season.

The 31-year-old Sierra Leonean international has been out for six months since he departed Kuwait Sporting Club.

The Sierra Leone international made 57 appearances for English side Bolton and scored three times.

The midfielder was loaned to Maccabi Haifa for the remainder of the 2014–15 season January 2015 from Bolton.

Kamara has previously played for Kups 2006 season, Helsingin between 2007 to 2010 before joining Serbian side Partizan on a three-year contract in 2013. 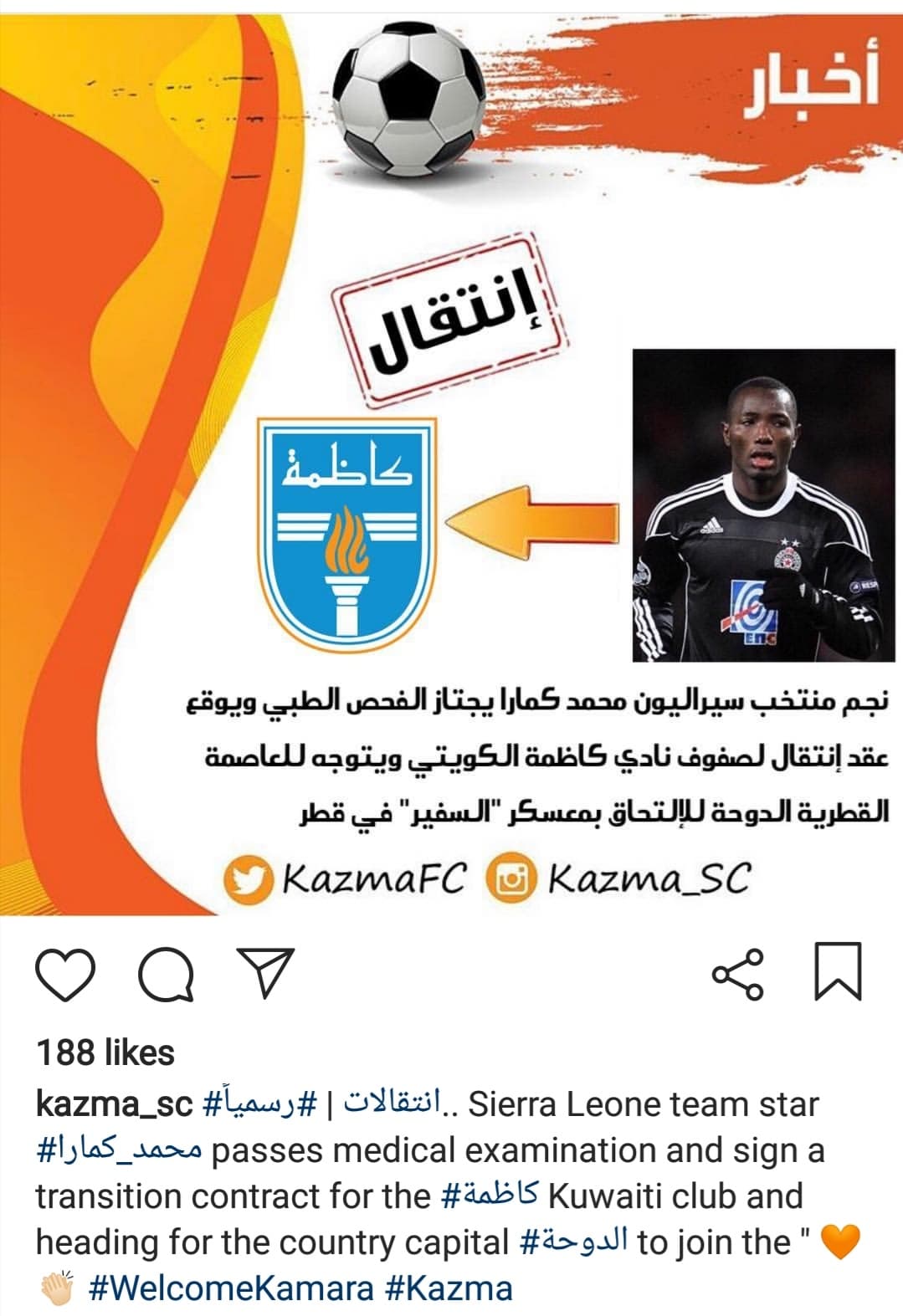 Kazma SC confirmed the news on their official Instagram page