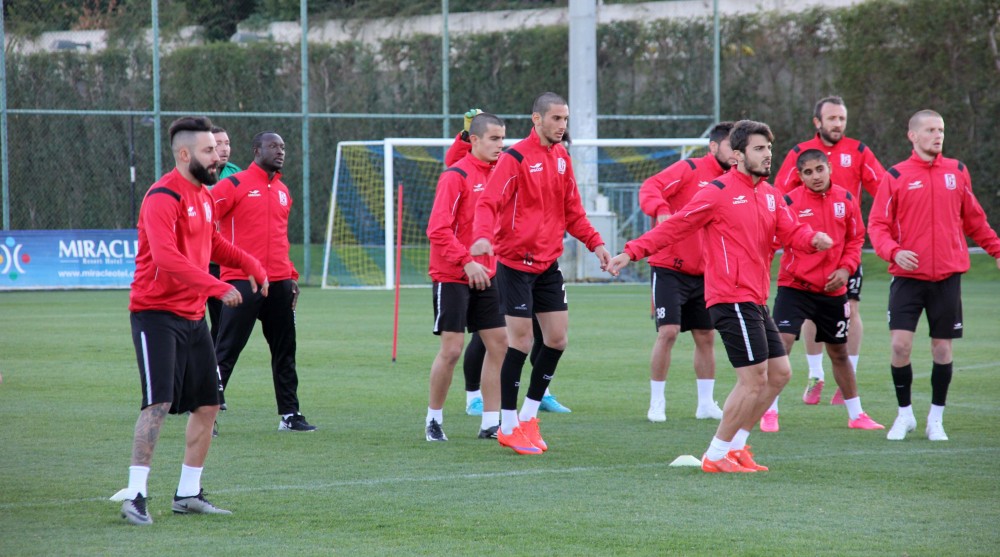 The Turkish League 1 play-off semi-final was full of exciting moments but not a good outcome for Sierra Leone midfielder Alfred Sankoh as they were defeated by the home team Alanyaspor 1-0 on Monday.

Sankoh’s hopes of returning to the Turkish top flight at the first attempt are over. Alanyaspor booked their place in the TFF League One play-off final courtesy of a 1-0 aggregate victory over Sankoh’s Balıkesirspor following a goalless first leg.

German international, Deniz Vural scored the only goal for the home side in the 58 minutes.

The hosts went into the match knowing that they had to win without any scoreline draw, Sankoh pictured with team-mates was introduced in the 66 minutes of play away from home.

Balıkesirspor battled hard in the Alanya Oba Stadium in Alanya and gave everything. Both sides played to a goalless draw in the first leg at home on the 19 May 2016.

The 27-year-old Sierra Leone international, who was brought in in the 66th minutes was highly determined to help his side gain promotion but will have to wait for another year.

Sankoh said, “I feel too bad, after full time, but is football I will now turn my attention to the Sudan qualifier.”

The final is slated for Friday 27 May 2016 kick-off 19.00 hour as Multigroup Alanyaspor will be taking on Adana Demirspor for the right to play in next season top flight.

Since joining the club in June 2015 on a two-year deal the former Strømsgodset and Khazar Lankaran midfielder have made 21 appearances for the TFF Lig 1 side.