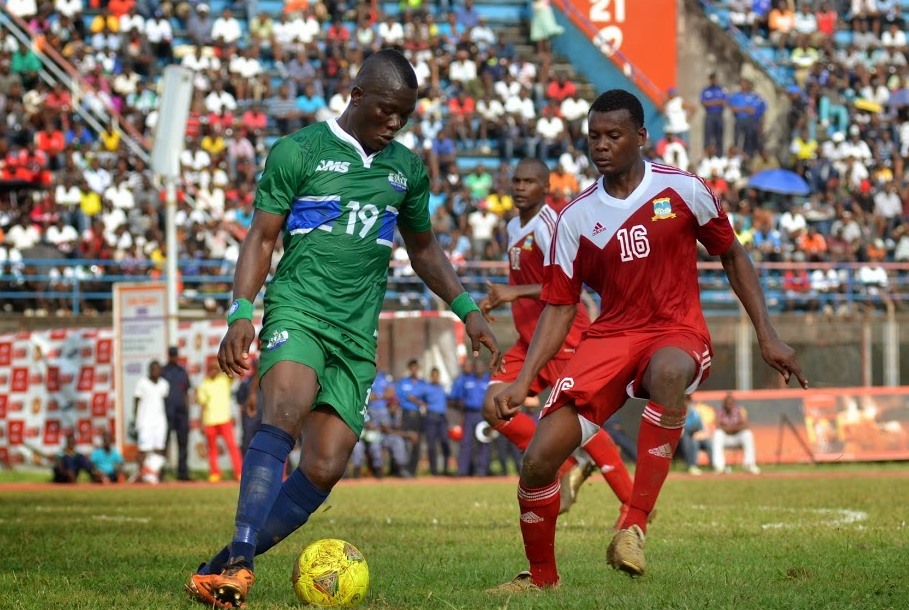 Swedish Superettan side GIAS AIF has confirmed they have broken their contract with Sierra Leone international striker, Ibrahim Teteh Bangura pictured in action just three months after joining the club.

The club confirmed the contract termination of the 26-year-old forward on its club website saying they have chosen not to continue with the players deal.

“GAIS has chosen not to take the opportunity to continue the entire 2016 season without Teteh Bangura in the squad. The part of the agreement with Bangura enables a termination at the end of June but will rather take effect immediately. Bangura has had an injury the full period he was with GAIS and talks with the player and his agent were amicable and understandable about the contract termination.”

“We hope Teteh sorts out his injury troubles and we wish him luck in the future,” said the club’s sports director Fredrik Molin said and he added: “He’s a great guy with a passion for football. And if he is injury-free he can deliver any day of the week. At this time, we need to think about Gais.”

According to the striker’s local agent, Chernor Musa Jalloh the forward will travel back to Sweden and sort thing out before looking for other options.

Bangura who was an unused sub in Sierra Leone’s 1-0 home win against Sudan on Saturday in the 2017 African Cup of Nations qualifiers was one of GAIS heaviest acquisition this season but had a tough time in the Gothenburg club.

He only started two games and made a cameo in the Superettan in the last three months.

The former FC Kallon forward had a breakthrough in Sweden when he scored 15 goals in 17 games for AIK during the 2011 season before he was sent off to Bursaspor for a € 2 million fee.