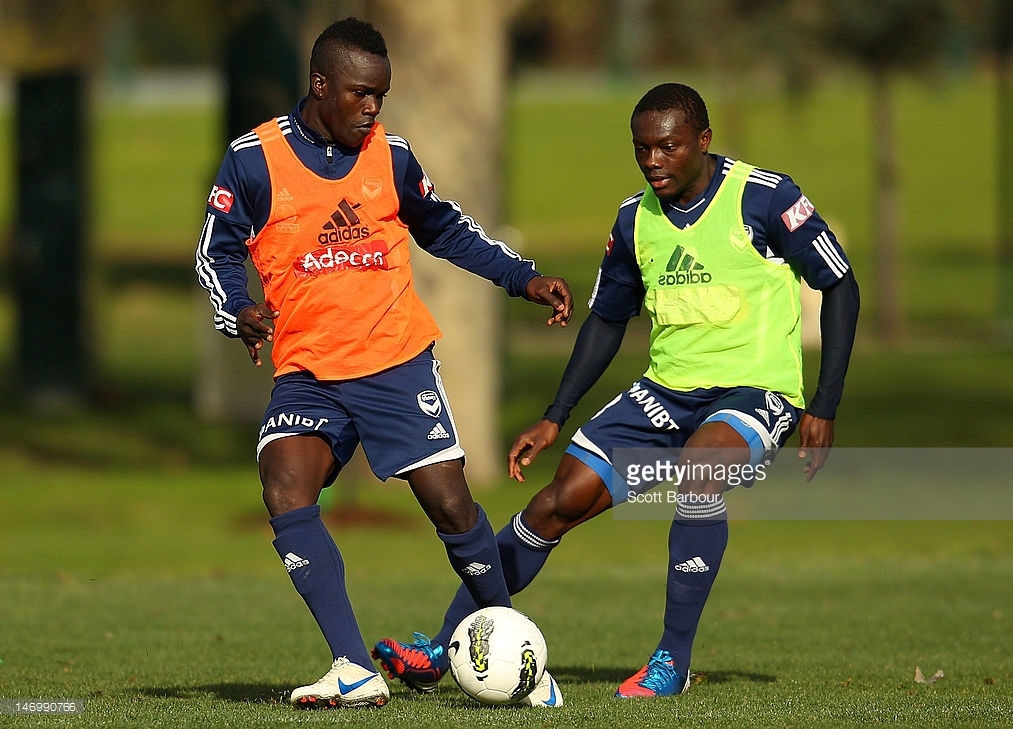 The former Bayern Munich youth striker agreeing to terms this week with one of the most successful clubs in Australia.

Davies, 21, was born in Liberia before moving to Australia age 11 from Sierra Leone as a refugee.

Davies, who is best known for his pace and creativity, is the Knights’ first signing in the mid-season transfer window, and could be given his debut as early as this Saturday.

“This is a great club, I’m happy to be a part of it and really looking forward to a successful second half to the season,” said Davies speaking to Knights Media.

“I’m very grateful for this opportunity, I’ve heard a lot of good things from other people and we’ve got a very good coach here so I can’t wait to get into the thick of things”.

Having moved to Australia as a youngster, Davies plied his trade in the youth systems of Western Australia before catching the eye of European giants Bayern Munich. It was here where Julius described he enjoyed his most memorable football experiences.

“I was only 14 at the time of heading over there, and it was a very good experience with good coaches and facilities, I’m very grateful for the opportunity I had there.”

“Whilst I was over there on their second side, I trained with the likes of Thomas Muller, Holger Badstuber, David Alaba and Emre Can, all of which are now international players.”

During his time abroad, Davies was also called upon to represent the Australian U17 National side, taking part in a number of training camps and friendly games, with only a FIFA eligibility rule preventing him from playing in competitive matches at the time.

Returning to Australia, Davies spent time with Melbourne Victory and Brisbane Roar representing both clubs in both NPL Youth games and a handful of A-League appearances.

Last season saw Davies play an integral role in Port Melbourne’s starting eleven, with the winger been the catalyst for many of his side’s goals, something of which Andrew Marth will be hoping can transpire into his team.

Ironically for Davies, it’s his former employers that now stand in his way of making a return to the national stage with the Knights to host Port Melbourne next Wednesday for a place in the FFA Cup.

“I really can’t wait, it’s exciting to have an opportunity to play against my former club,” Davies told club website.

When asked what Knights’ fans should expect from him, Julius responded: “I’m hoping to show my creativeness and ability to link up the play. I’m very much a unselfish player and team orientated, and at the same time, I would like to excite the fans.”