Dinamo defender Bangura facing up to four weeks out through injury 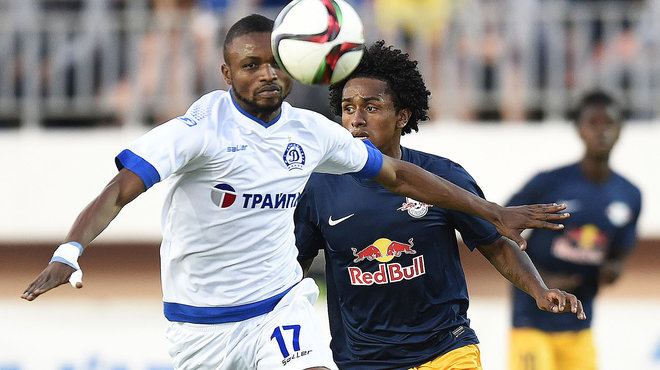 Dinamo Minsk defender Umaru Bangura has been ruled out for up to a month after suffering a knee injury.

The 28-year-old was forced to leave the pitch in last Saturday’s 3-1 league defeat away to Isloch and was replaced by V Korytko.

“I’m injured and will be out for three to four weeks. I was injured in our last league match,” the former Honefoss defender confirmed his injury to footballsierraleone.net

The Belarusian top-flight side opens their 2016/17 Europa League campaign by defeating Spartaks 2-1 at their Traktor multi-complex stadium.

The Leone Stars skipper is a very important player for the Minsk-based club and has made 13 appearances so far this season.

Bangura, however, will miss important League fixtures and their Europa League return fixture away to Latvian Virsliga side FK Spartaks slated for July 7, 2016, at the Slokas Stadium.