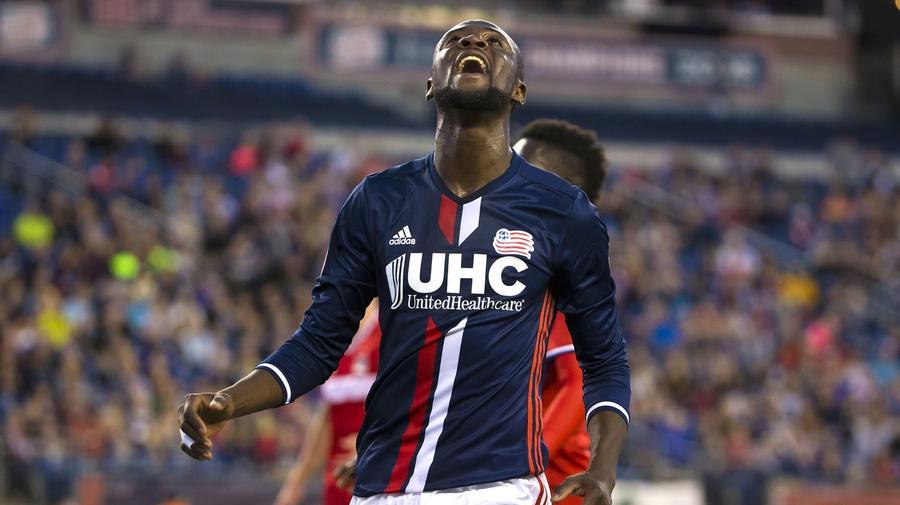 New England Revolution striker Kei Kamara was the star man once again in the battle of Kamaras.

Kei and Ola Kamara both was on target, but at the end, it was Kei’s New England Revolution who got the win, 3-1, over Columbus Crew SC Saturday night in Foxborough.

The Sierra Leonean who was playing for the first time against old club scored the final goal of the night which served up as a reminder to his former club – picking up maximum points that ended a three-game losing streak in the league.

“Playing against Columbus Crew, It’s not a game I ever thought was going to happen,” Kei Kamara acknowledged two months after he was sold by Columbus, where he accounted for 22 goals last season.

The Revs goal poacher 3rd MLS goal of the season was enough to claim a 3-1 win.

The hosts took the lead with 3 minutes on the board from Lee Nguyen and doubled their lead in the 34th when Kei Kamara’s clever ball was knocked in by Columbus midfielder Wil Trapp for an own goal.

Columbus new boy Ola Kamara reduce the deficit in the 42 minutes with a left-footed shot before old boy Kei ensured the Revs didn’t let a late first half goal affect them.

The Revolution prolific striker scored his first two league goals in six appearances in the opening 35 minutes against Montreal Impact a few days ago.