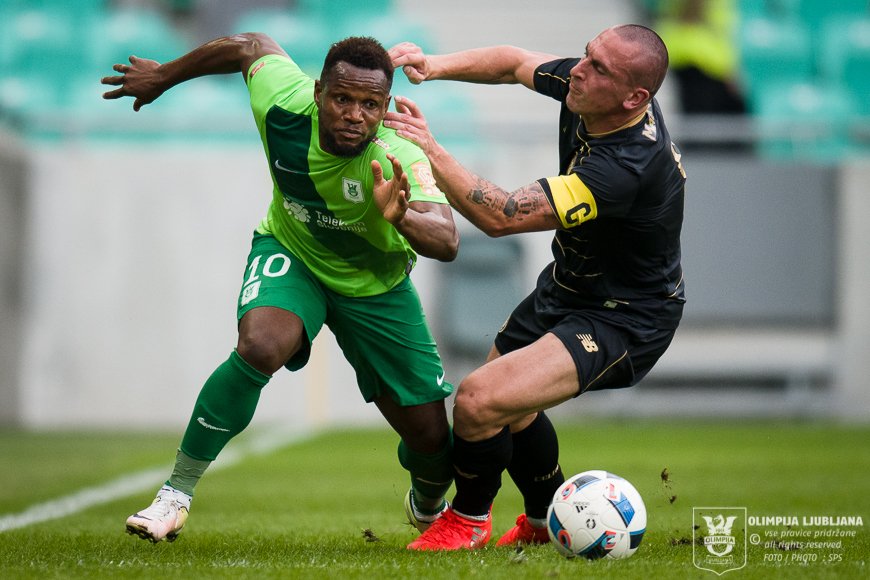 Julius Wobay’s NK Olimpija will host Slovakian side AS Trenčín on Wednesday, July 13 in the Champions League second qualifying round.

Wobay, who signed on 29 January 2016 a one and a half year contract with Slovenian Champions, has confirmed he is fit despite picking up a knock in their 2-1 preseason defeat to Scottish Champions Celtic.

The tough Sierra Leone international with a lot of experience playing in European competitions admitted tomorrow is another opportunity to demonstrate his ability.

Speaking to footballsierraleone.net, the 32-year-old attacking midfielder believes that he and the rest of his teammates are in their best shape.

“I feel fit and ready. Every one of us excited about tomorrow’s contest.

“We have played five pre-season matches and our latest test was against Scottish champions Celtic – we lost 2-1 but it was a very good match for both teams,” he said.

“It has been an excellent but tough weeks for us as we were preparing for this match within just three weeks.”

According to the former Universitatea Craiova player, reaching the next stage of this season’s champion’s league still, remain the club’s top most priority.

“We want to go as far as possible and we are in good form for the match. I am pleased with the attitude of my fellow teammates as we all have put up a positive attitude for our champions league qualifier.

“There is still a long way to go before we can be perfect but in terms of players and match attitude it has been very positive and I have been delighted.

“It will be a tough match against a very difficult side. In this competition, anything can happen.”