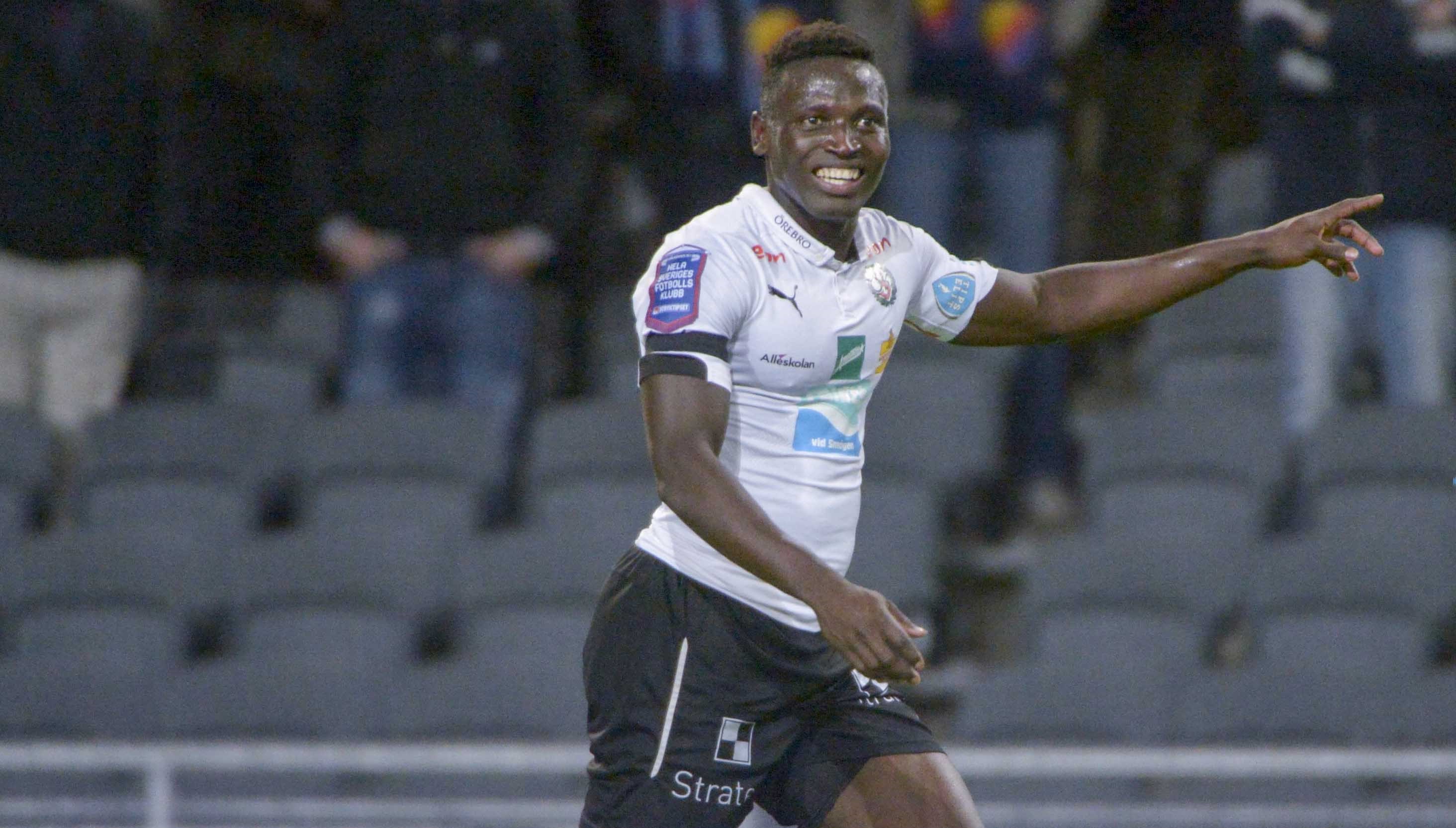 The 5 ft. 11 inches poacher has signed on a three-year-deal with the Gothenburg-based club.

Kamara said: “I’m really pleased to have made the move to BK Hacken.

“It’s a fantastic football club and a massive opportunity for to start another chapter in my career,” he told footballsierraleone.net

“We get a really good centre-forward who is strong, fast and a good finisher,” said Häcken sporting director Sonny Karlsson to the club’s website.

Kamara, 23, who started his career with FC Kallon before moving to Sweden to joined Bodens BK on 29 July 2011 on loan, scored five goals in his five months on loan in 10 games for Boden.

The agile striker on October 2011 after his impressive form with Boden signed for AIK where he had never made any impact.

On 24 January 2013, Kamara was sent on loaned to Örebro SK, for the rest of 2013, before Örebro SK decided to sign him on a permanent deal.

He was ruled out since early March 2015 after picking up Lower body injury and was allowed to rest for the season.

The Former AIK striker Alhassan ‘Crespo’ Kamara was Orebro most outstanding striker towards the end of the 2014 season scoring 14 goals in 14 games but was unfortunate ahead of the 2015 season.

Kamara has only scored once for Orebro in nine appearances prior to his move this season.