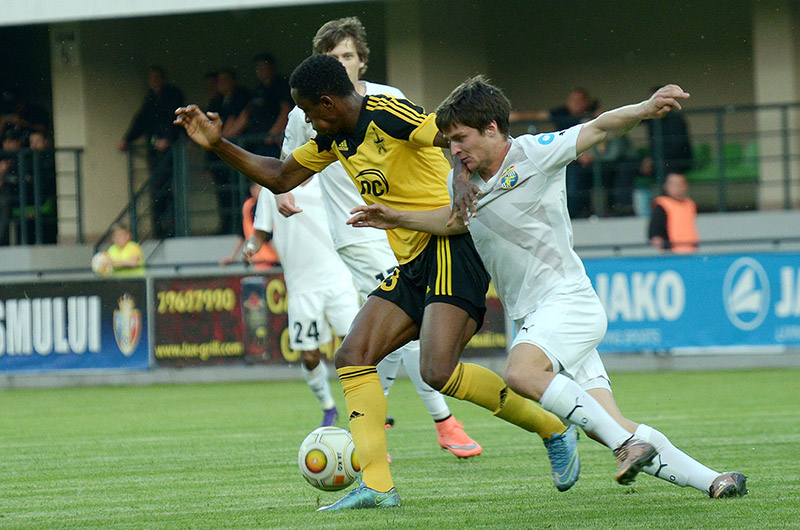 Hapoel Be’er Sheva knocked FC Sheriff out of the UEFA Champions League in the second qualifying round on Tuesday at the Sheriff Stadium.

The Israeli side held the Moldovan champions to a goalless draw to record a 3-2 victory on aggregate over the two legs.

Disappointingly for Sierra Leone international Khalifa Jabbie, he was not called upon yet again in the second leg.

Jabbie, 23, hopes of making his UEFA Champions League debut was crashed as boss Bruno Irles named him on the FC Sheriff’s bench for the second and final time in this season’s competition.

The former Fredrikstad and Balıkesirspor player watched on from the bench as his side struggled to pull the trigger at home.

Last week Tuesday, the visitors won their home game 3-2 with a last-minute penalty converted by substitute Maharan Radi which gave the competition’s debutant the much-needed victory.