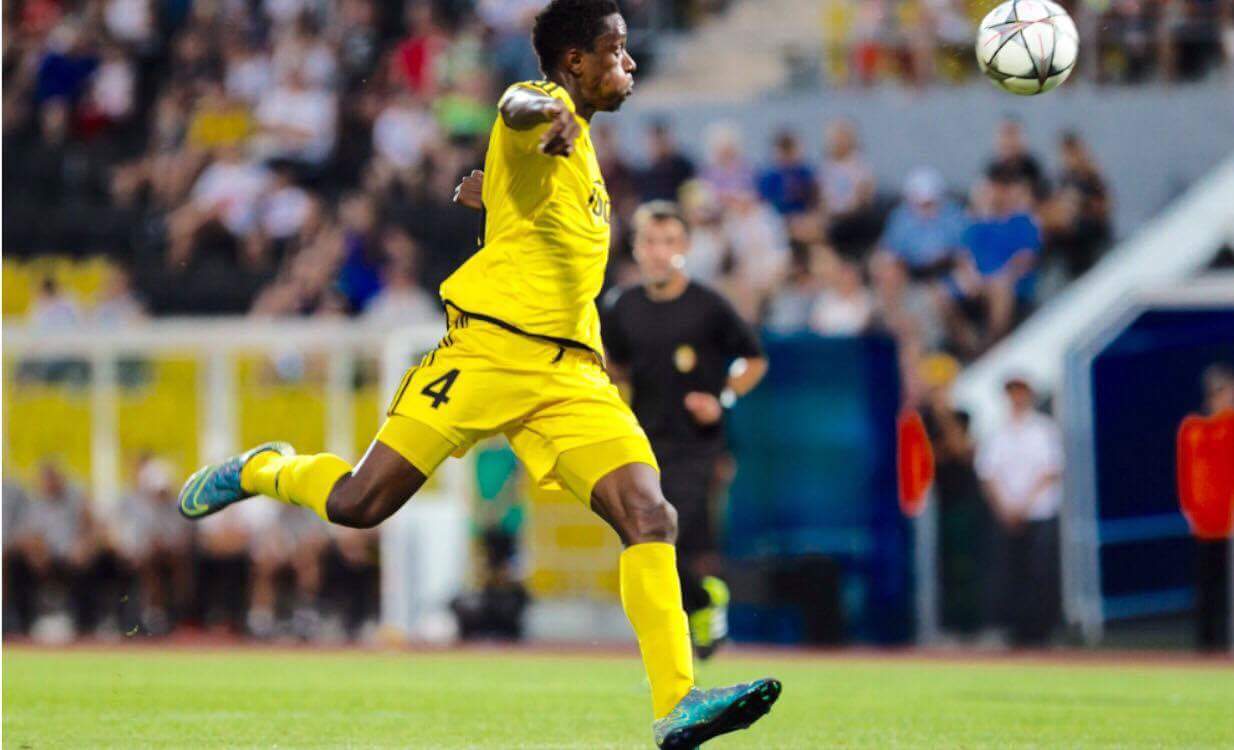 Khalifa Jabbie pictured in action was delighted to net his first league goal of the new season.

Jabbie, 23, has expressed his delight at scoring season’s first goal in their 7-0 hammering over CF Ungheni at the Malaya Sports complex Tiraspol.

Speaking to www.footballsierraleone.net, Jabbie said: “It is my first goal of the new campaign, it is a good feeling, and I’m very happy.

Hopefully, this goal will give me more confidence and the victory will give us momentum going forward, and we can build on it in our upcoming matches.”

They lost their opening league match 2-1 to FC Zaria.

However, they defeated FC Zaria 3-1 to lift this season’s Moldovan Super Cup on Wednesday.

The FC Sheriff Midfielder, who watched on from the bench in both legs of this season’s Champions League defeat to the Israeli side, Hapoel Be’er Sheva in the competition’s second qualifying round was disappointed not to be called upon by boss Bruno Irles.

Jabbie explained: “I was obviously disappointed but I have to put that behind me and move on. The manager has been great with me. He helps me a lot, and has given me a lot of advice.”