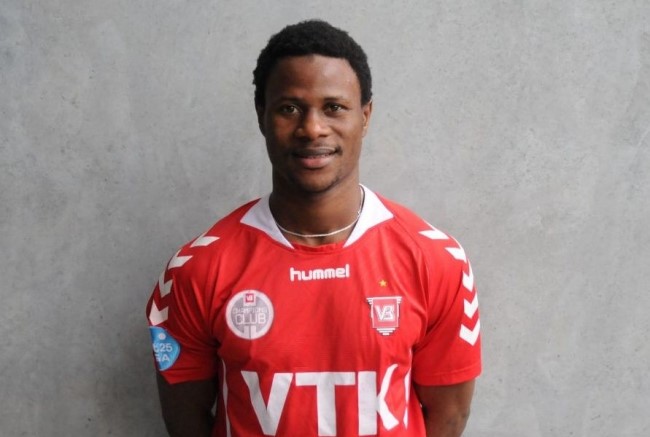 The Sierra Leone striker made his Vejle debut in the Danish DBU Cup played at the Tjæreborg IF’s Arena.

Vejle manager Andreas Alm’s side have secured access to the next round of DBU Cup following their away victory.

The head coach Andreas Alm shuffled his cards and changed the formation to a 3-5-2 system – in the defence also a debut for Casper Bruun, Anders Egholm, and newcomer American stopper Michael Lansing, replacing Pavol Bajza.