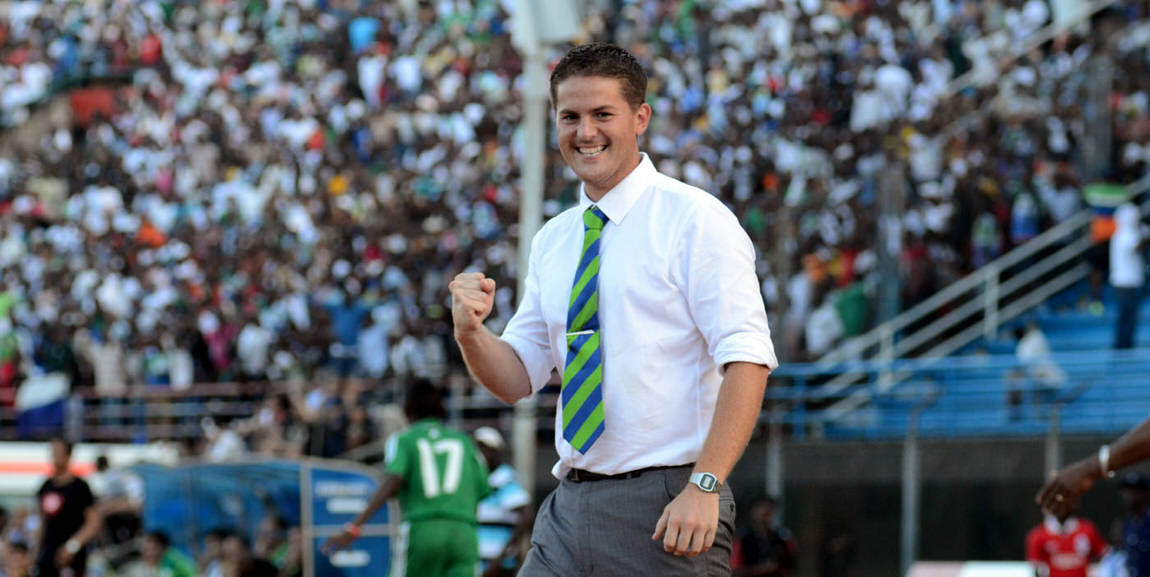 Johnny McKinstry was let go by the Rwanda’s football federation (FERWAFA) on Thursday after 15 months in charge of Amavubi.

His sacking was confirmed by the Permanent Secretary in the Ministry of Sports and Culture Lt Col Patrice Rugambwa.

McKinstry, 31, has expressed his shock after he was sacked as head coach of Rwanda’s national team.

“I am in shock because I have not been told why the Federation has taken this decision,” McKinstry said.

“This period has been one of the best in terms of performance for Rwanda,” he added.

“However, it has been an honour to be Head Coach of the Rwanda National Team for the past year and a half.”

McKinstry was appointed as Rwanda’s head coach in March 2015.

He managed to register 11 wins, two draws and a dozen defeats in the 25 games he was in charge of Rwanda.

Rwanda ranked 121 in the global ranking and they are already out of the road to Gabon 2017.

Mckinstry guided Sierra Leone to their highest ever FIFA World and African rankings – 7th in Africa and 50th in the World in his 16 months in charge.