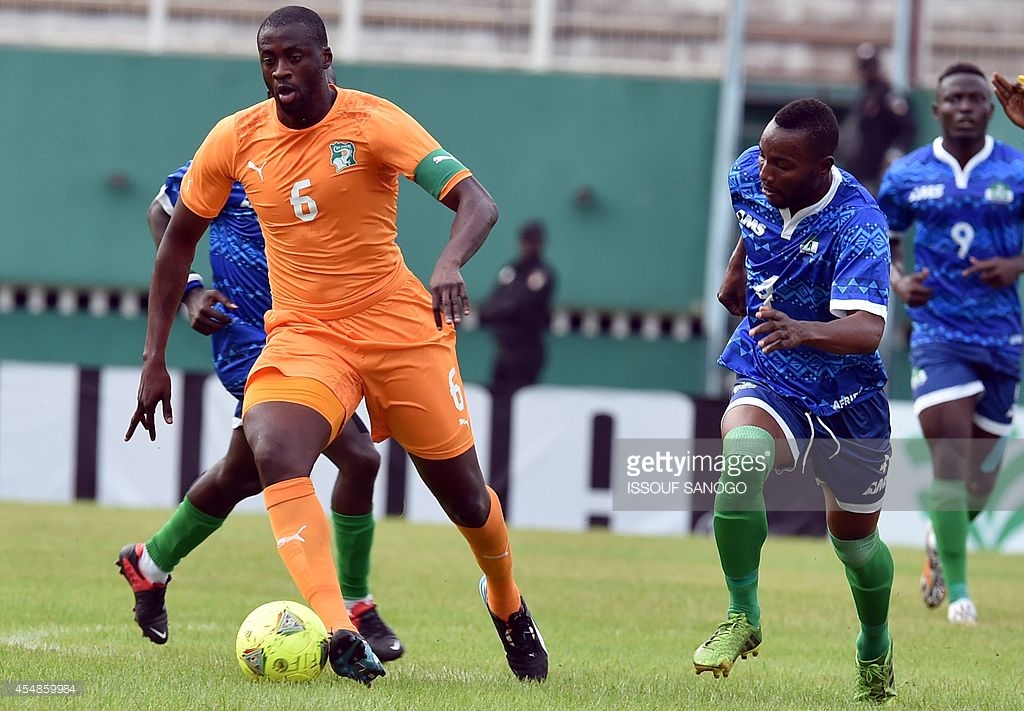 The two nations will clash at the Stade Bouaké now Stadium of Peace in what is describe as the Group I decider for a place in Gabon but the home side will have to make do without the Manchester City pair.

Coach Dussuyer final 23-man squad was made know last Thursday in a press conference at the headquarters of the Ivorian Football Federation (IFF).

The French boss, when asked about Toure’s absent, said: “A meeting is planned with Yaya Toure. After which everyone will be updated.”

Another player that will miss the September 3 encounter is Stuttgart midfielder Serey Die who is recovering from a leg injury he suffered on April 5 while playing for Stuttgart in their 2-2 draw with Darmstadt.

However, there is some good news for the former Guinea national team coach as PSG defender Serge Aurier and newly acquired Manchester United central-back Eric Bailly are available for selection.

Aurier had not been involved with the Elephants since March 29 in Khartoum against Sudan during the fourth round matches.

In midfield, Franck Kessie, now a pivot in Atlanta Bergamo in Italy and Serge N’Guessan the new resident of the French league was again recalled by Dussuyer.

While goalkeeper Gbohouo Sylvain will be assisted by Sayouba Mande and Sangare Badra.

Ivory Coast are currently leading group I with 5 points and only need to avoid defeat to secure qualification while Sierra Leone who are with 4 points can progress to Gabon 2017 with only a victory.