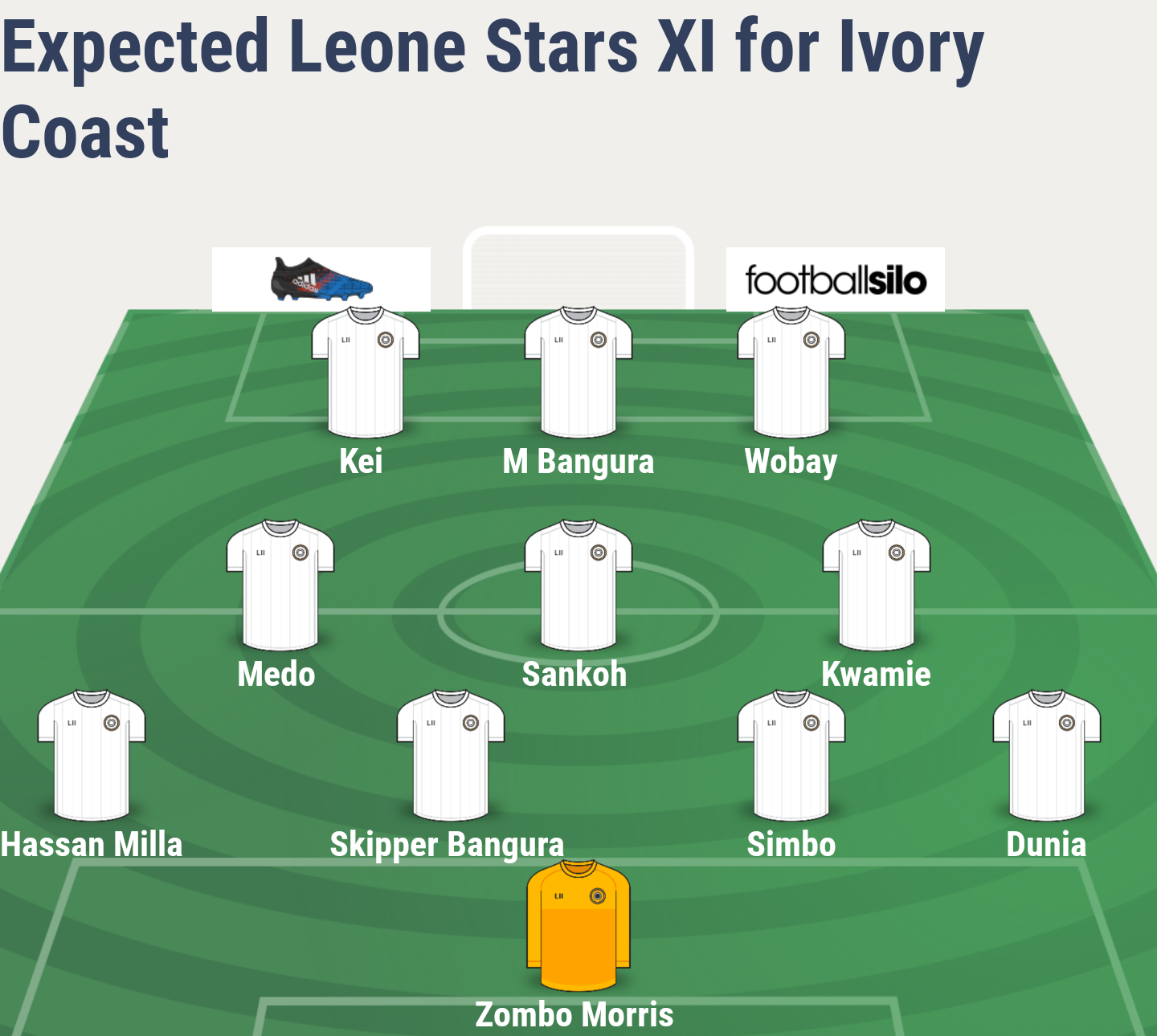 Today’s Africa Cup of Nations Group I matchday six encounter between the Ivory Coast and Sierra Leone will determine which team competes in the continental big stage next January in Gabon.

Inform Latvian-based midfielder John Kamara has been left out of the 18-man squad.