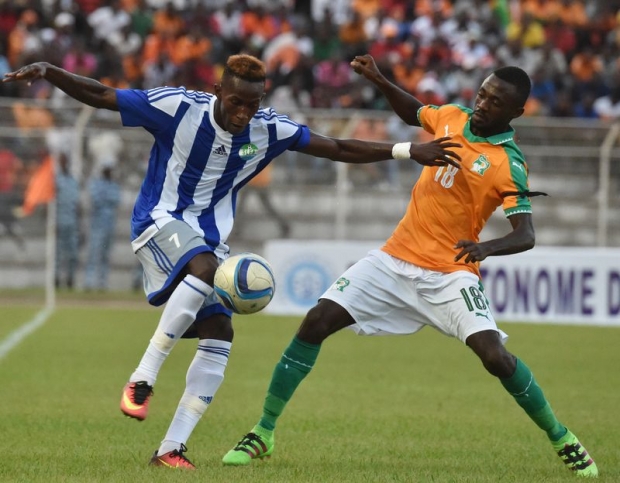 It was a hard-fought 1-1 draw against a resilient Leone Stars side at the Stade de la Paix in Bouake on Saturday that cleared the title-holders to defend their crown in Gabon next year.

No goal line technology and no replay – Sierra Leoneans were left crying foul after Kei Kamara’s last minute header was off the Ivorians  goal-line in stoppage time.

The Ivorians celebrated the result on and off the pitch as they held on to the draw to squeeze into the 2017 continental big stage.

Les Elephants head coach Frenchman Michel Dussuyer said he was “satisfied” with the result but not the way his side played on Saturday.

”We can be satisfied because of the result, but we cannot be proud of our work,” Michel Dussuyer said during his post-match conference.

The 57-year-old reiterated “Let us just be satisfied with this qualification because we reached our goal.

“The positive is that we made it, but at the last minute the sky almost fell on our heads.”

Ivory Coast qualified for a seventh straight Cup of Nations by winning Group I with six points.