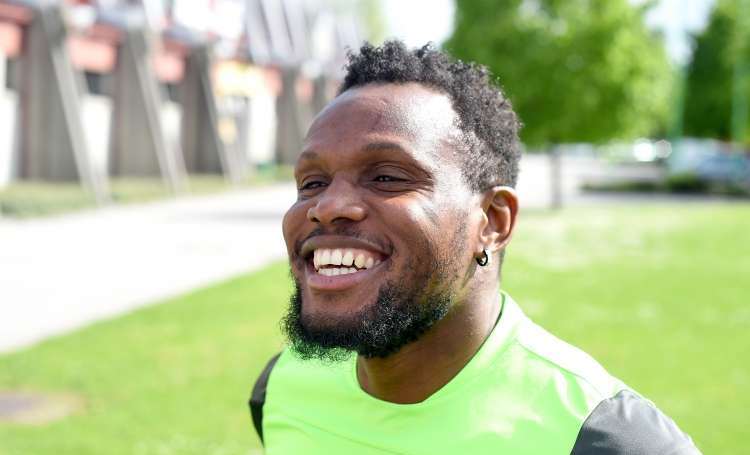 Former Neftchi Baku attacking midfielder Julius Gibrilla Wobay says he has no plans of retiring yet and he plans to carry on playing for Sierra Leone.

Wobay, 32, who won Slovenian PrvaLiga last season with Olimpija Ljubljana following his one and a half year deal in January 2016 with Slovenian Champions is ready to continue playing.

The former East End Lions attacker made his international debut for Sierra Leone in the 2002 Fifa World Cup qualifier against Liberia in a match played in the Liberian capital of Monrovia.

Speaking to Football Sierra Leone Wobay said he still planned on participating in competitive matches for his country.

“I have made a decision, this is not my last season for my country, he said.

Wobay who played for 80th mins in the 1-1 draw against Cote d Ivoire last Saturday at the Stade de la Paix in Bouake is not sure about when or how soon he will hang his international boots.

“Football is not about age but the experience so I don’t see myself quitting the national team as I believe I have more to give,” he reiterated to footballsierraleone.net whiles boarding his flight from Abidjan to the UK.