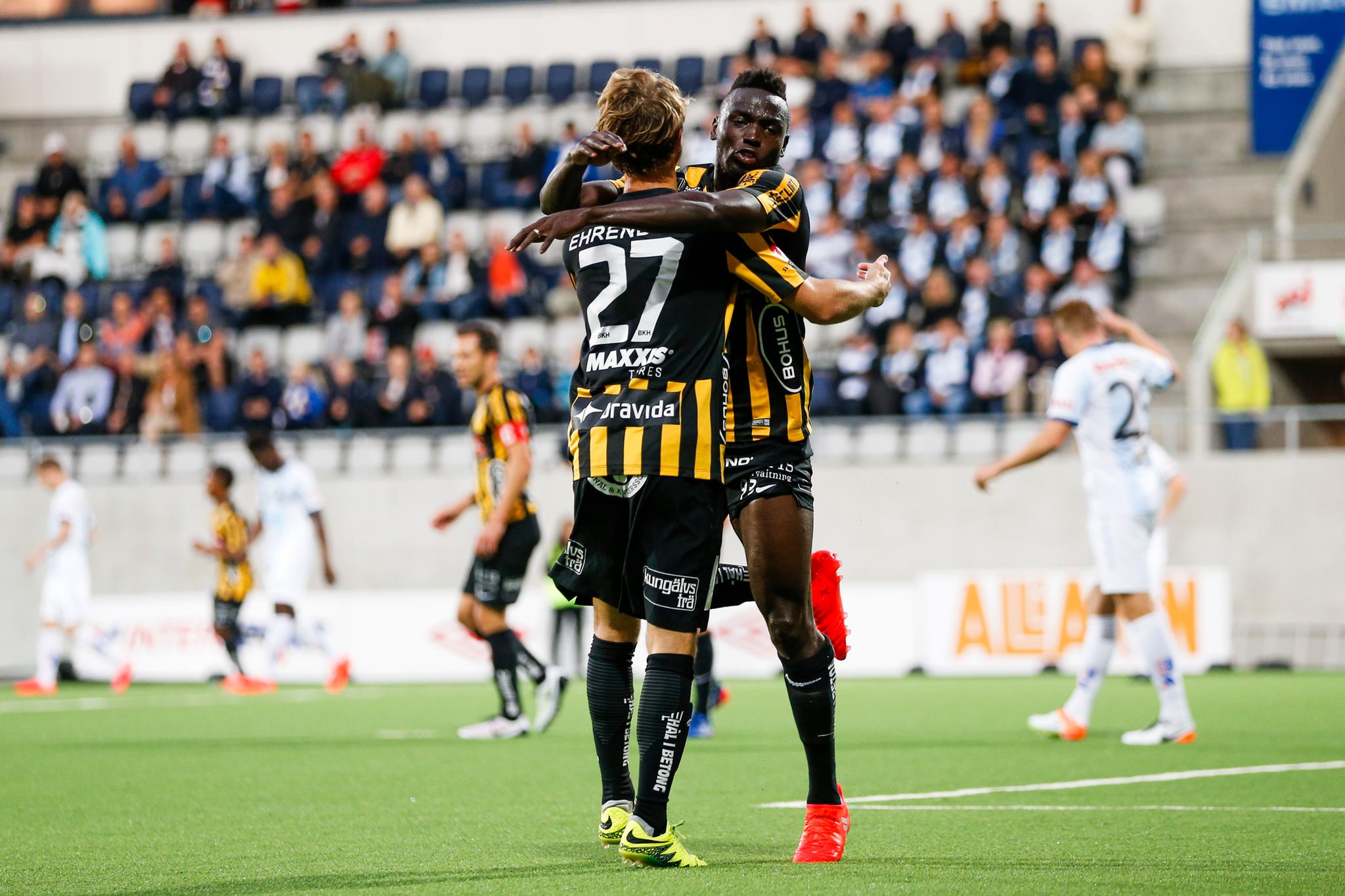 Alhassan ‘Crespo’ Kamara rescued a point for BK Hacken away from home with a brace after they suffered a second-half collapse against Gefle on Monday at the Gavlevallen Stadium.

Peter Gerhardsson’s men were in cruise control after the Sierra Leone international gave them the lead in the 21th-minute. But in the second half, an own goal from Swedish international Emil Wahlström in 64′ and M. Rauschenberg 67 minutes goal put the home side ahead.

Before Hacken’s new boy Kamara shone again with a late leveller in the 80th min. This was the 23-year-old fourth Allsvenskan goal for BK Hacken in six appearances since joining the Gothenburg-based the club from Orebro SK on a three-year-deal in July 2016.

Hacken responded well after Kamara’s equaliser, in the last five minutes going for the win – they had several opportunities to win it but failed and the match ended in a draw.

“I’m starting to find the right balance in the team more and more, my connection with my teammates getting better and I feel excited scoring twice today, Kamara told footballsierraleone.net.

“But, unfortunately, we could not win today,” Kamara added.