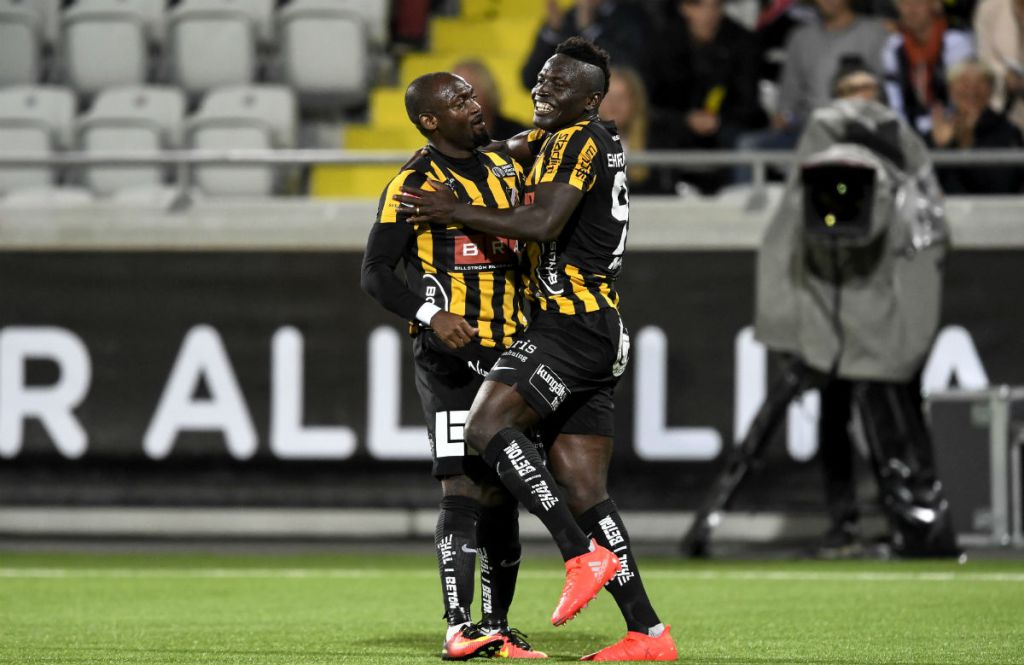 The Sierra Leone striker has been in inspirational form for the Gothenburg-based club side in recent Allsvenskan matches.

BK Hacken’s Alhassan ‘Crespo’ Kamara scored his fifth league goal since his move from Orebro SK in July 2016 to deny IFK Goteborg an away victory at the Bravida Arena on Monday evening.

Jörgen Lennartsson’s side was in cruise control with two goals until the 65th minutes with goals from E. Salomonsson and Icelandic football striker Elías Már Ómarsson, who currently on loan from Vålerenga.

However, in the 65th and 69 minutes respectively Nigerian striker John Owoeri pictured with Alhassan Kamara rescued a solid point for the home team.

BK Hacken now undefeated in their last four games in all competitions and they sit eighteen points behind leaders IFK Norrkoping in seventh position.

They will take on Hammarby IF away from home on Thursday 22 September 2016.

“This was a massive point for the team, I am delighted in three starts from seven matches I have accounted for five goals. Good for me and the team.

“I hope to keep this form until the end,” Kamara told footballsierraleone.net after the match.