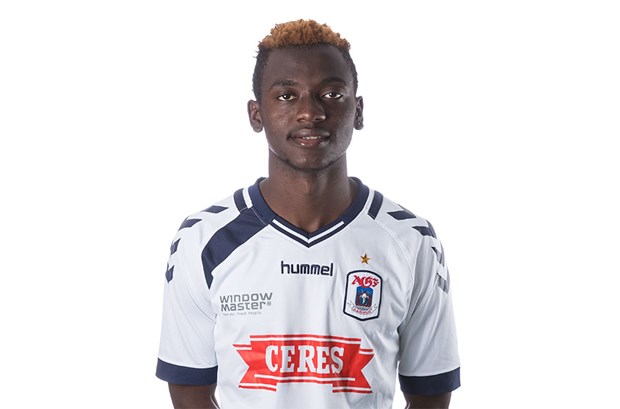 New AGF Aarhus signing Mustapha Bundu has made his debut for the White’s reserve team at Casa Arena on Monday. (AGF Aarhus photo)

Bundu, 19 joined the Danish Superliga side on a one-year loan deal with an option to extend his contract.

The first-team gaffer gave the youngster his chance and the Sierra Leone-born was delighted to be part of the squad.

A well-deserved 4-3 victory following a great comeback for AGF over AC Horsens and after the match Bundu told club’s TV: “It feels good, good game and good players.”

“It was nice to like play with some of the players and just to get going.”

“I thought in the first half we did not get our heads around the game, but in the second half we came out and tore them apart.”

When asked about his team-mates, he added: “They are very welcoming and they are very good players as well.”