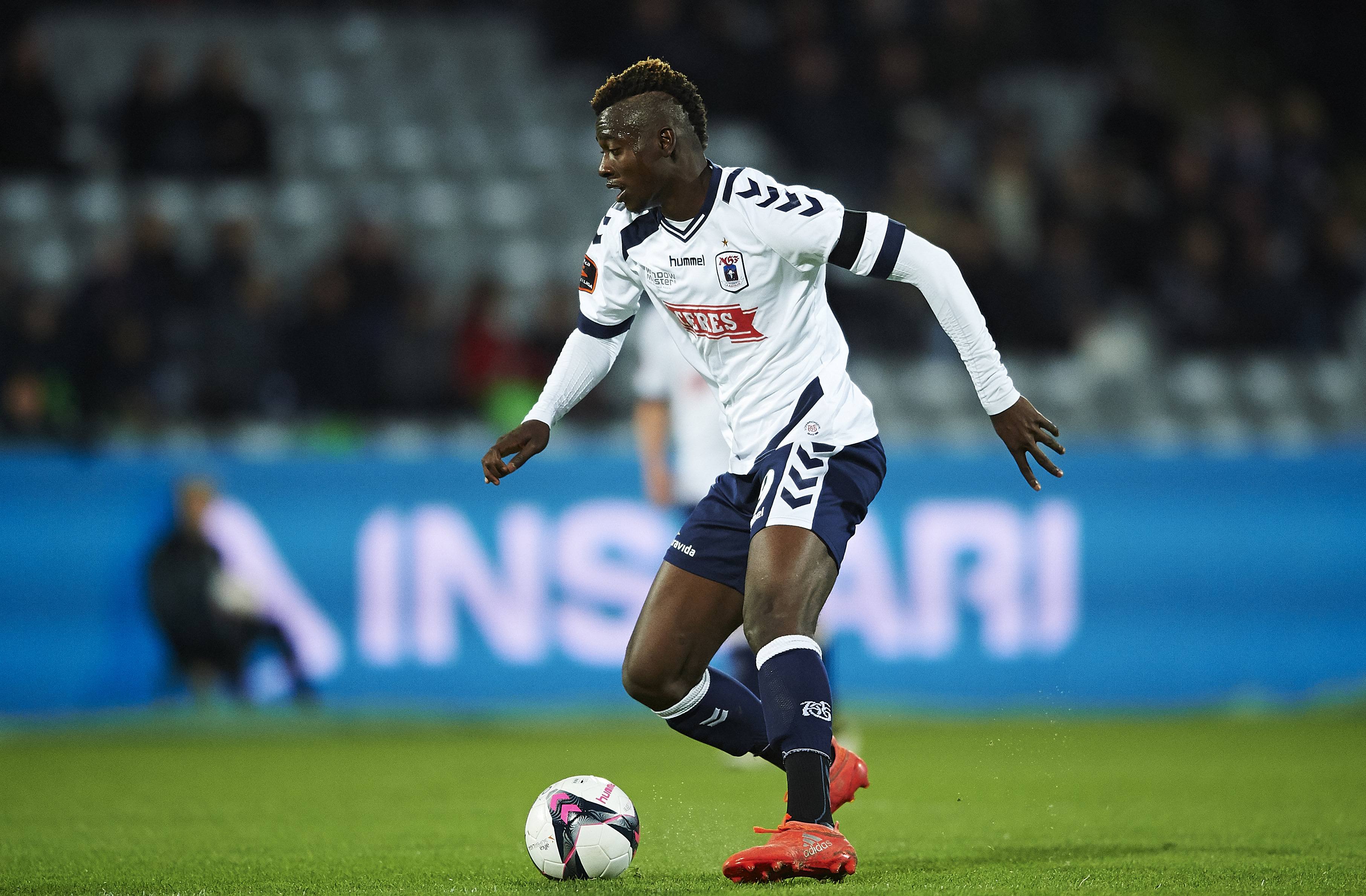 New AGF Aarhus signing Mustapha Bundu has made his senior team debut in their 1-0 defeat at the Brondby IF stadium on Sunday.

Bundu, 19, who joined the Danish Superliga side on a one-year loan deal with an option to extend his contract, was introduced in the 78th minute replacing Martin Spelmann.

Glen Riddersholm, the first-team gaffer gave the Sierra Leone native his chance to fight for a starting place in his squad as his struggling side presently languishing fourth from the bottom.

The Danish top flight side will have to change their present run of form if they are to survive relegation with five games to go, They are without a win in their last five games losing three and two draws