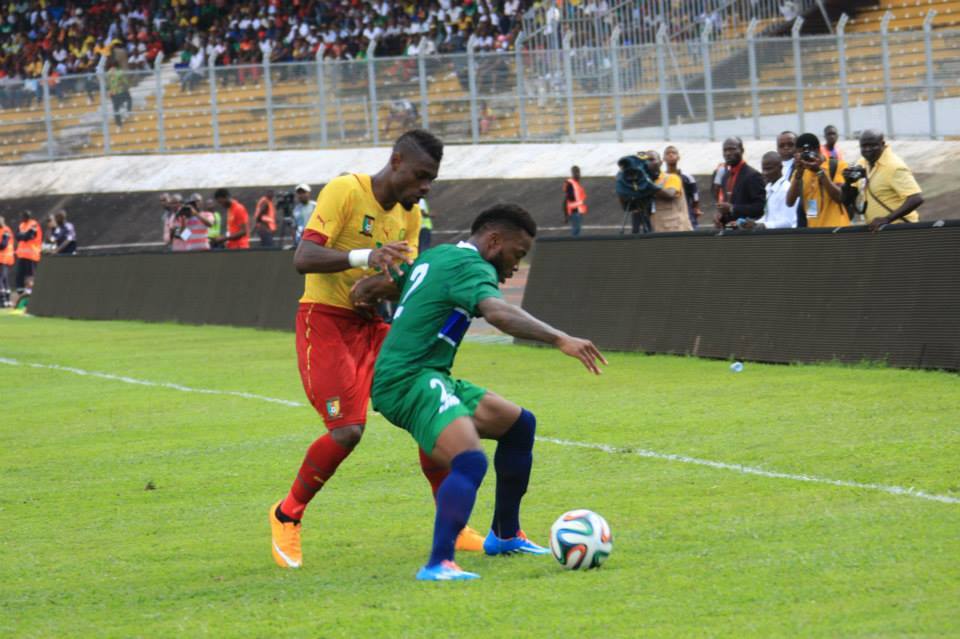 Mustapha Dumbuya pictured in Sierra Leone’s outfit has not played for the Jags since June 2016. He was one of the club’s most impressive and consistent performers last season.

The Sierra Leone right-back has confirmed he is back training and hopefully will be back in Alan Archibald’s first team by the end of this month.

Answering questions from footballsierraleone.net, Dumbuya said: “I’m back training now so hopefully by the end of January I’ll be back with the first squad, I’m positive.”

Dumbuya’s side had two goals disallowed for offside while Killie had an opportunity to snatch all three points late on last Saturday in their goalless draw against Kilmarnock.

The 29-year-old defender is pleased with his teammates during his time out battling with his Achilles problem.

“The lads have done well, regardless of all the injury troubles. We have long term injuries but hopefully, everyone will be back fit soon.”

The Maryhill side are presently seventh in the Scottish premiership standing winning two from their last five matches, two draws and a defeat to Celtic.