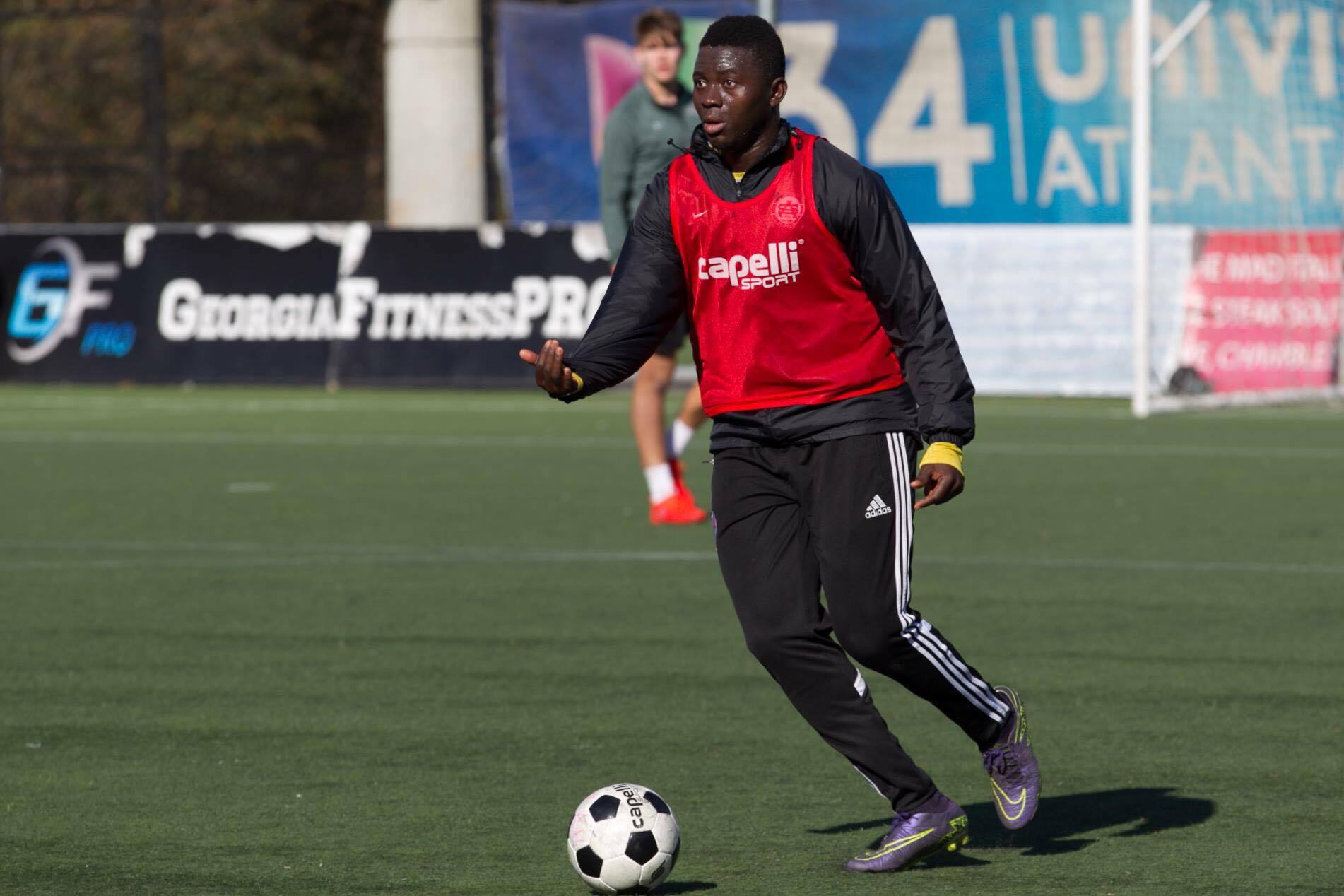 Abdul-Rahman Bangura has handed Atlanta Silverbacks a timely boost by returning to training ahead of the hectic US National Premier Soccer League (NPSL) 2017 calendar.

The Sierra Leone international was named skipper of the fourth-tier side last season but has been on the sidelined with a knee injury he suffered in training end of September 2016.

However, Bangura confirmed this week he is back in training and looking forward to the new campaign.

“I was disappointed not to be able to help my teammates following the knee injuring I suffered at the end of September.”

“I was restricted to only 9 games last season, despite my absent we ended up 2nd position and we were the regional champions of our conference, but we lost in the Championship final.

“I’m fit and ready for pre-season next month and looking forward to a very new challenge,” Bangura told footballsierraleone.net

Bangura, 31, signed a professional contract with the Atlanta Silverbacks on 28 February 2014 and made his debut in Silverbacks 2-1 victory as a substitute in the 89th minute away against FC Edmonton.

Abdul made his first start with the club on 31 May 2014 against Minnesota United FC. He played the full 90 minutes; however, Atlanta lost the game 2-1 at home.

Bangura was first called up to play for Sierra Leone during the 2015 Africa Cup of Nations qualification against Seychelles.

He got his first cap and played the first match in Freetown in Leone Stars 2-0 victory over Seychelles.

The former Härnösand FF defender has made four appearances for Leone Stars against Ivory Coast, Seychelles and twice against the Democratic Republic of Congo.