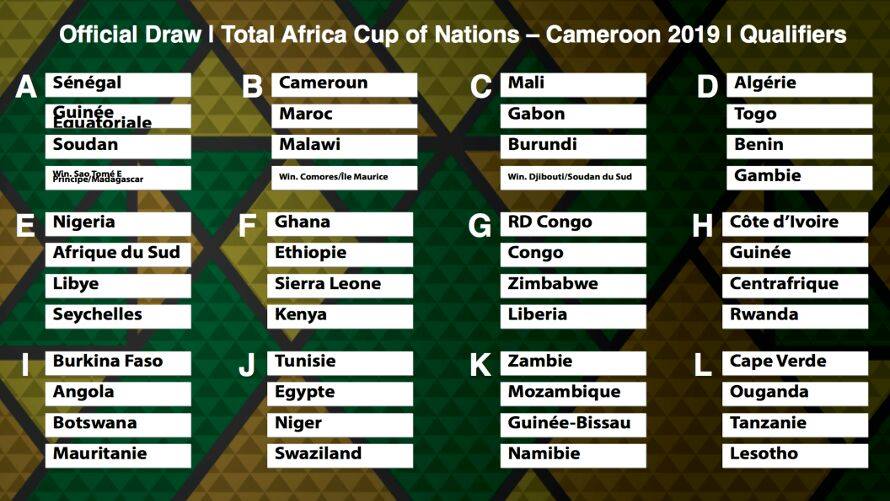 Sierra Leone is drawn in Group F alongside Ghana Black Stars, Kenya, and Ethiopia, in the qualifiers for a place in the 2019 Africa Cup of Nations to be hosted by Cameroon.

Only the winners of each group will join the host country in the final tournament as well as the best 3 runner-ups in all 12 Groups.

The qualifiers will starts in June this year and end in November 2018.

The Leone Stars once again will have the chance to fight for a qualifying spot for the 32nd edition of the biennial international men’s football championship of Africa organized by the Confederation of African Football (CAF).

Ghanaian coach Sellas Tetteh failed to qualify Sierra Leone as he narrowly missed out on securing qualification to this month’s tournament in Gabon after drawing 1-1 with Ivory Coast in Bouake in September 2016.

The last time Sierra Leone participated in the continental big stage was 21 years ago South Africa 1996.