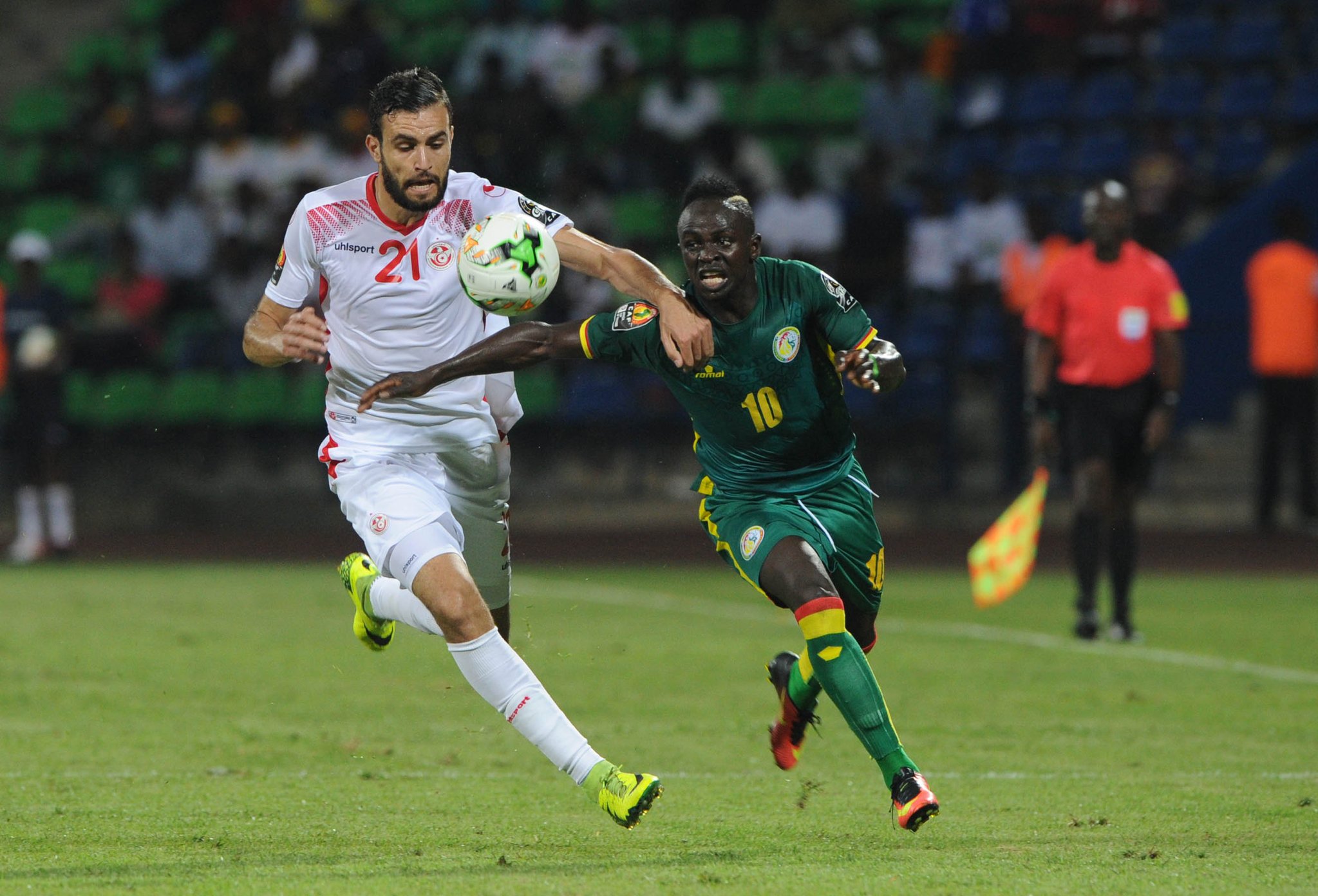 Liverpool’s Sadio Mané (Pictured in action) converted a 10th-minute penalty to send Senegal on their way to a 2-0 victory over Tunisia and top of Group B at the Africa Cup of Nations on Sunday.

Mané scored from the spot after Aymen Abdennour had brought down Cheikhou Kouyaté in the penalty area, giving Senegalthe lead against the run of play.

Centre-half Kara Mbodji added the second on the half-hour, heading in from a corner as Senegal became the first team to register a win at the tournament after the first three matches all ended in draws.

However, the victory was far from convincing as Tunisia missed several chances, notably in a dominant second-half performance.