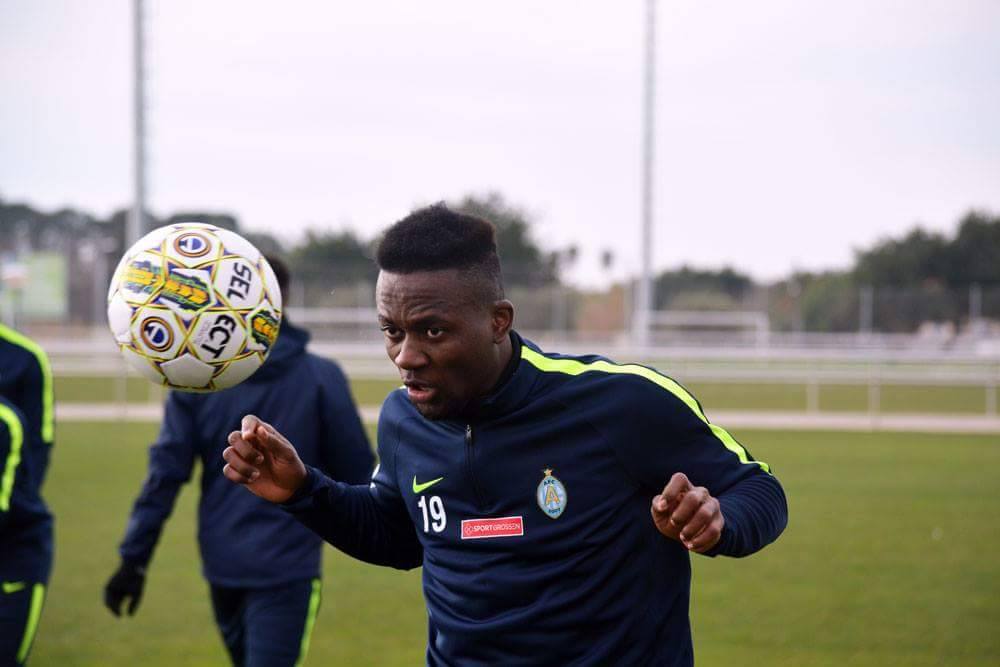 Mohamed Buya Turay (Pictured) who recently signed a new deal, keeping him at AFC Eskilstuna until 2019 is looking forward to first pre-season friendly, as preparations for the new campaign step up on Tuesday.

The Sierra Leone youngster has been working hard ahead of the new Allsvenskan season.

Buya and his newly promoted side are in Barcelona Spain as AFC Eskilstuna set to take on another Swedish side IF Elfsborg in tomorrow’s pre-season friendly at the Exportui football complex.

Buya says it will be a good opportunity to work on the tactics and structure of the team.

“We’re in Spain for our first pre-season contest,” he said.

“This match it’s important just to play. Of course, it’s not a game of big importance, but it’s a chance to see the tactics and the structure of the team,” Buya told footballsierraleone.net

AFC Eskilstuna will kick off their 2017-2018 campaign with a visit to GIF Sundsvall on 2 April but the man who registered 10 Superettan goals in 29 appearances last season recognized the task ahead.

“It’s obviously going to be a new challenge for me and the team, but we all looking forward to getting started.”