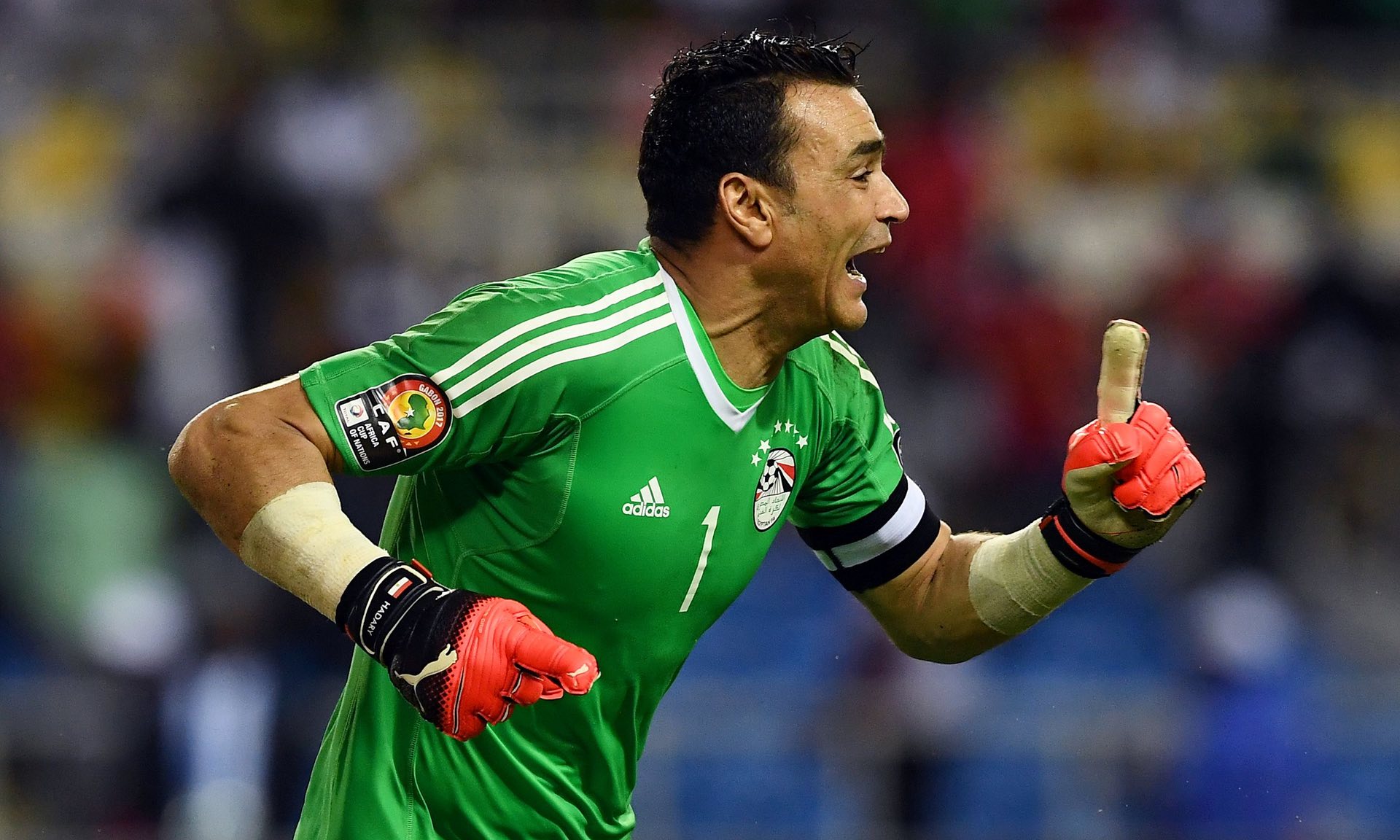 Egypt’s 44-year-old goalkeeper saved two penalties as the seven-times champions reached the Africa Cup of Nations final by edging out Burkina Faso 4-3 in a semi-final shootout on Wednesday.

El Hadary saved the last two kicks from Burkina Faso after Egypt had squandered their opening shot and looked to be on their way out of the tournament.

The veteran shot-stopper, who won titles in 1998, 2006, 2008 and 2010, was busy in the game, particularly in the closing stages as he made a fine stop from Traoré’s free-kick and tipped over an effort from Banou Diawara on the stroke of full-time.

Egypt’s long unbeaten run at Africa Cup of Nations finals goes on, but they were fortunate to beat Burkina Faso on penalties.

The oldest player to compete at continental big stage stopped penalties from his opposite number, Hervé Koffi, and Bertrand Traoré

Egypt, on course for a record-extending eighth title, now await their opponents in Sunday’s final in Libreville as Ghana and Cameroon play on Thursday in Franceville in the second semi.