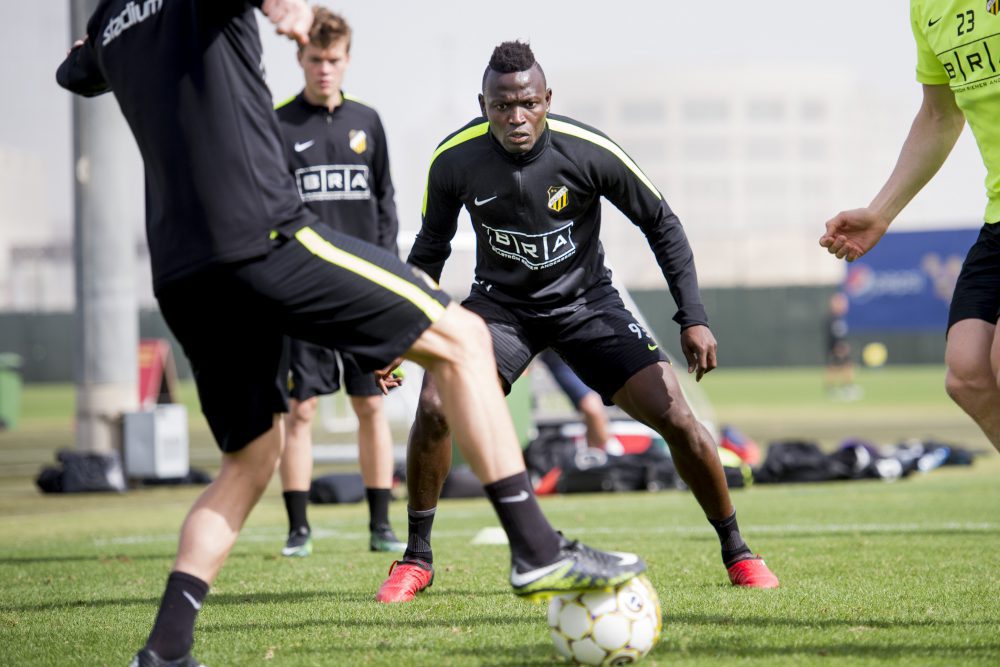 Alhassan Crespo Kamara scored twice but his goals could not stop Molde cruised past BK Hacken 3-2 in their first pre-season friendly on Saturday.

The Sierra Leonean star scored in the 75th and 84th minutes on Wednesday for Hacken after the Norwegian giant took a 3-0 lead in the Dubai International Cup tournament at the Sevens Stadium.

Kamara speaking with FSL, Kamara noted he is currently very happy with life and his performance at Hacken, football is a strange game anything can happen and things can change very quickly but I am happy and committed here.

“I want to play more games, score more games and raise my game. I’m in a happy place, a good moment personally as they have assured me more games.”

“Am happy for my brace despite the defeat, Was happy because we played some good football against Molde,” Kamara told footballsierraleone.net

Hacken’s next match in Dubai is against Danish Superliga side FC Midtjylland on the 10 February 2017, at the JA Centre of Excellence Pitch.