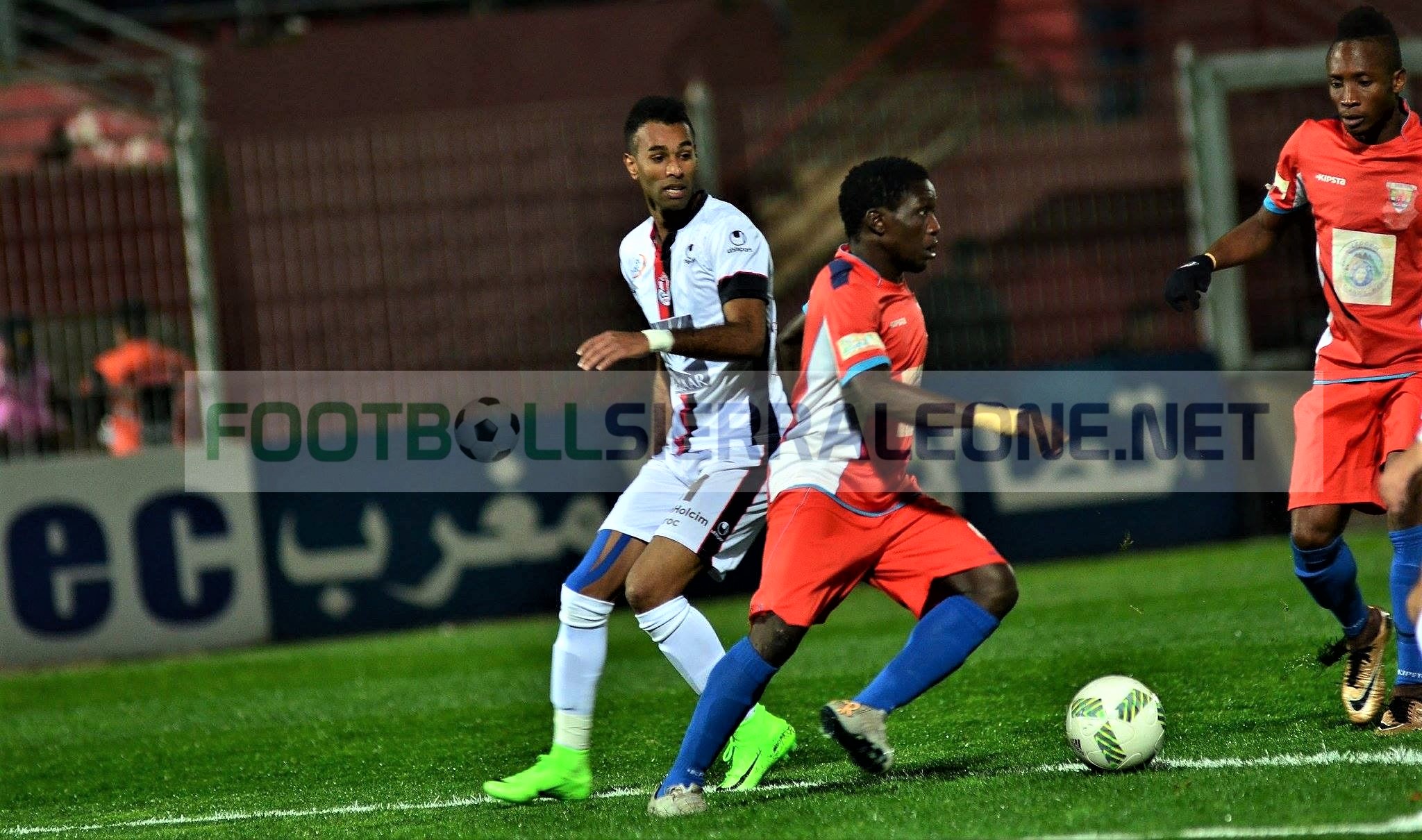 FUS Rabat moved to the next stage of the CAF Champions League qualifiers after defeating FC Johansen 3-0 in Rabat and 4-1 on aggregate on Saturday.

FC Johansen nearly broke the deadlock after 10 minutes the visitors rattled the crossbar from a header.

FUS Rabat eventually broke the deadlock in the 17th minute when Karim Benarif taps in a pass from the left to put the home team in front.

Following their opening goal, between the two sides, the home team was the better side creating a couple of half-chances before the break.

Johansen started well in the second half, they were desperate for a goal to get back into the tie but leaving their defense very much open.

In the 77th minutes, Gambian international Yusupha Njie capitalised and doubled the hosts lead with a lovely volley before El Araoui H completed the victory from close range in the 93′ minutes additional time.

It will be recalled that FC Johansen played 1-1 draw with their Moroccans counterparts on February 11 in Freetown.

FUS at their Moulay Al Hassab stadium in Rabat thrashed the Sierra Leone 2016 FA Cup Champions 3-0 to go through on 4-1 aggregate scoreline.