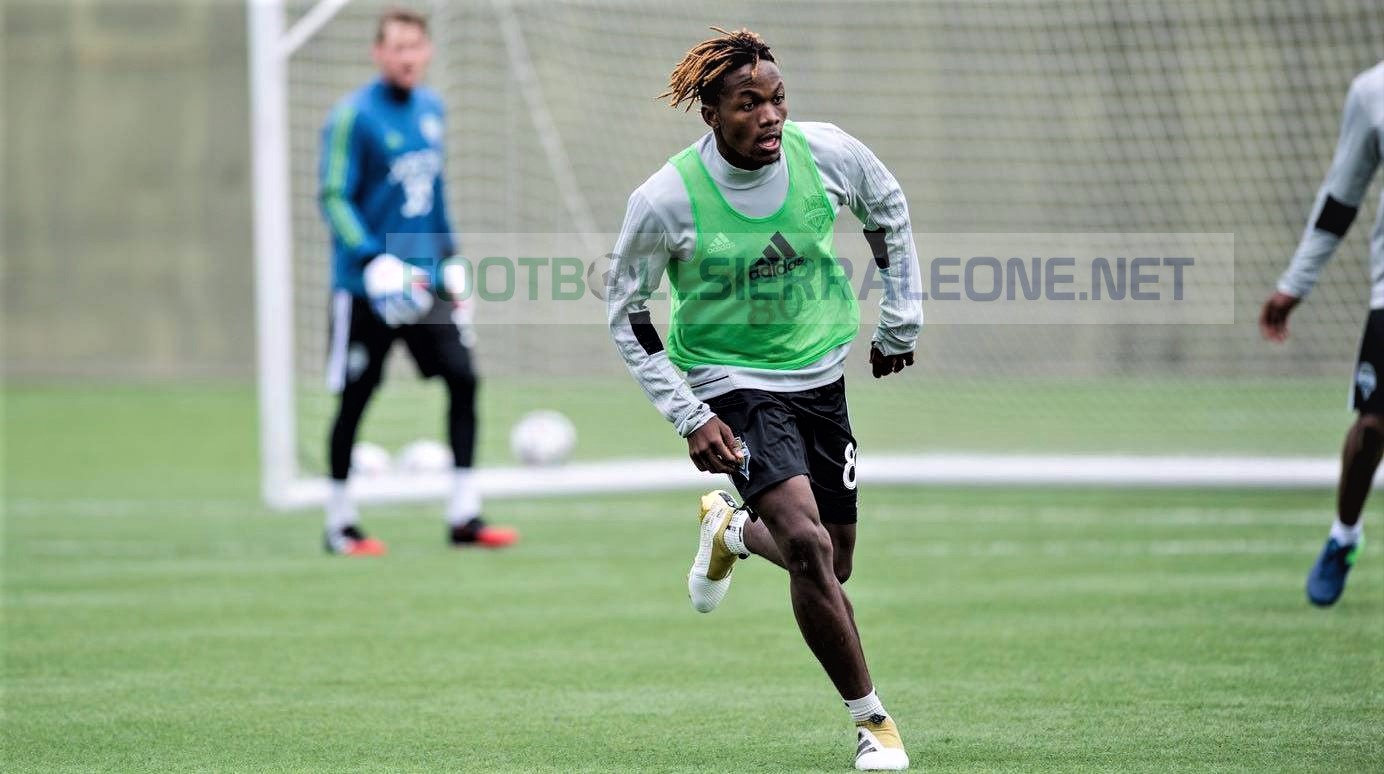 Seattle Sounders on loan striker Victor Mansaray has said he will be available to don the green, white and blue jersey of Sierra Leone if called upon.

Mansaray, who has made three MLS appearances for Sounders, told Football Sierra Leone on Saturday he will relish the opportunity to represent Sierra Leone.

“I am doing very well here in the US, I recently joined FC Cincinnati on loan until the end of 2017 campaign,” Mansaray stated. “I am looking forward to a good start in the league.

When asked about representing Sierra Leone, he said: “I will relish any opportunity to represent Sierra Leone if called upon and I believe I will be able to prove myself if given the opportunity,” He told footballsierraleone.net via WhatsApp from his US base.

“I’m only 20 and I’ve made up my mind to come back home and play if called upon, I’ve been making progress every year, and I have come a long way since joining the Sounders academy midway through the 2012–2013 seasons.

“In November 2014, I was the fourth Seattle home-grown player in the club’s history at age 17 to joined the first team.”

The 5 ft 11 in forward confirmed he was born and raised in western area Tengbeh town in Freetown.

In his early teens, Mansaray made 20 appearances for the U-16’s scoring 11 goals and followed it up the following season with a team-leading 18 goals in 24 games.

Mansaray is very popular in the United States of America junior ranks, he was selected to the U.S. under-18 national team in August 2014 and has played two games in the friendly tournament hosted by the Czech Republic, against Hungary and Ukraine.

In December 2014, Mansaray received his third and fourth caps in two games against the Germany under-18 national team.

He was recently named in the US-20 squad for the Dallas Cup.