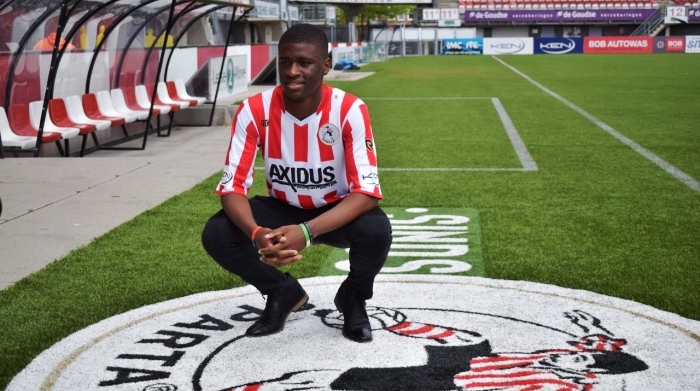 The 20-year-old, who joined the Eredivisie first tier side on a two-year deal until 30.06.2018 last summer with an option for one additional year says he would grab the opportunity to play for his country of birth.

“I was born in Freetown and came to Holland at age 5. I have played a couple of games for the Dutch youth national teams. Bai Kamara told footballsierraleone.net UK.

“I began my career at the youth academy at NEC Nijmegen before signing a two-year contract at Sparta Rotterdam since last summer, I think I’m ready for the task.”

“I Love Sierra Leone and my family are still there and it will be an honour if given the chance.”

The youngster since signing for Sparta Rotterdam has not been a regular but he is not worried about his lack of playing time.

“I was injured for a while but I’m almost back in form and patiently waiting for my chance in the first team. However, I have been playing competitive games with the reserves.”

“When the time is right I will be there and show what I can do for now is to work hard and wait for my chance,” he added.

The former Nijmegen Eendracht Combinatie (NEC) defender have represented Holland under 18, 19 and 20 sides.

Bai Kamara’s side Sparta Rotterdam are presently 14th in the Dutch Eredivisie table.

Sierra Leone are pitted in Group F alongside Ghana Black Stars, Kenya, and Ethiopia, in the qualifiers for a place in the 2019 Africa Cup of Nations to be hosted by Cameroon.

Bai Kamara will embrace such opportunity to help Sierra Leone in the race for Afcon 2019.