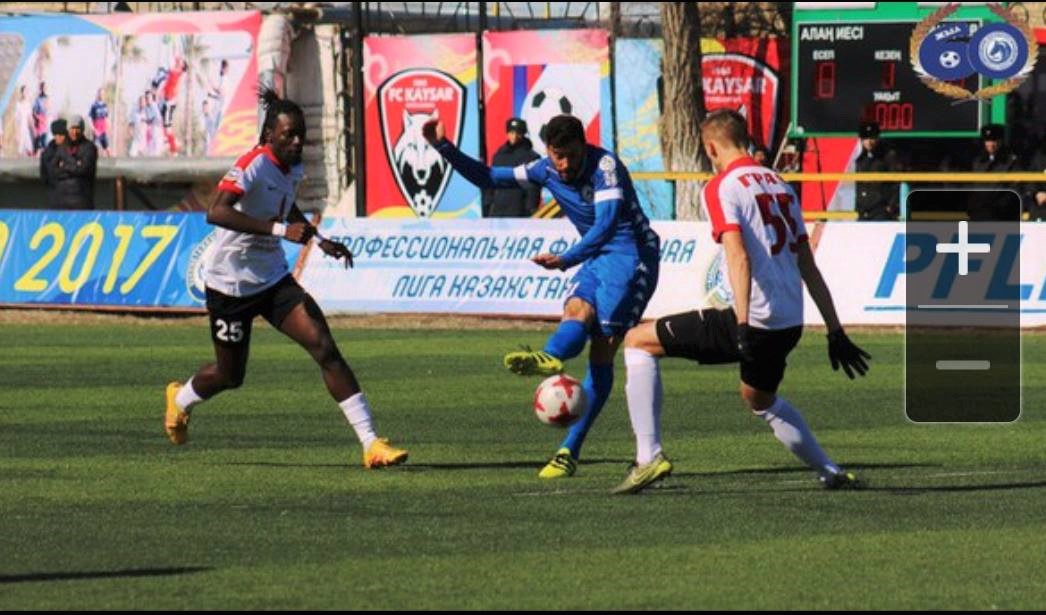 Sierra Leone international, John Kamara, was delighted with a winning debut for FK Kaisar following a 1-0 victory over FK Okzhetpes Kokshetau on Wednesday in the league opener.

The midfielder, who arrived from FC Riga, signed a one-year deal a few weeks ago played from the start and hailed the character within the side after their late winning at home.

Montenegro attacker, Stefan Nikolić scored the only goal in the 92nd minutes.

Speaking after his side’s league opening victory, he said: “It’s a very important win, so I am happy for the three points and with my first game in Kazakhstan Premier League.”

“We are delighted to get three points. It’s a new experience for me here, FK Okzhetpes Kokshetau was excellent, but I thought we were the better side and the result went in our favour.”

“The important thing is that we started with a victory in which we can build on,” the Leone Stars midfielder told footballsierraleone.net UK.

“We controlled the ball well and, in truth, it was quite hard for us.” admitted Kamara.

After an impressive showing, Kamara believes he can be the midfield anchorman to drive the club forward.

FK Kaisar will face FK Taraz in their next league encounter on March 11, 2017, at their Astana Artificial Turf.