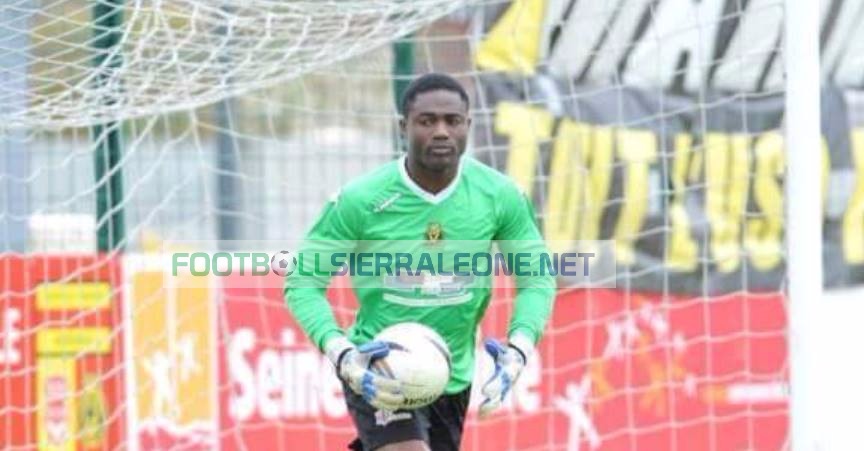 Every goal from a goalkeeper is remarkable – Sierra Leone national France based-keeper, Solomon Zombo Morris, scored his first ever goal and it was a spectacular last-ditch bicycle kick equaliser for his side Quevilly Rouen.

Morris scored a dramatic late equaliser during their 1-1 draw against Aubervilliers in the fifth and final minute of injury time in their French Championship Amateur 2 reserve league match on Saturday at the Stadium Lozay.

The Leone Stars keeper executed a perfect bicycle kick which sailed into the net after the initial corner was not properly cleared away.

“I was on target yesterday and I was very happy because it was an important goal, he said. “My first goal ever and maybe will be my last as a keeper,” a delighted Morris told footballSierraleone.net.

The Leone Stars keeper was playing only his third game since returning from tearing his muscle last October 2016.

Quevilly Rouen team 2 are now 12th in the CFA 2 Reserve Football League after 18 rounds of the competition.