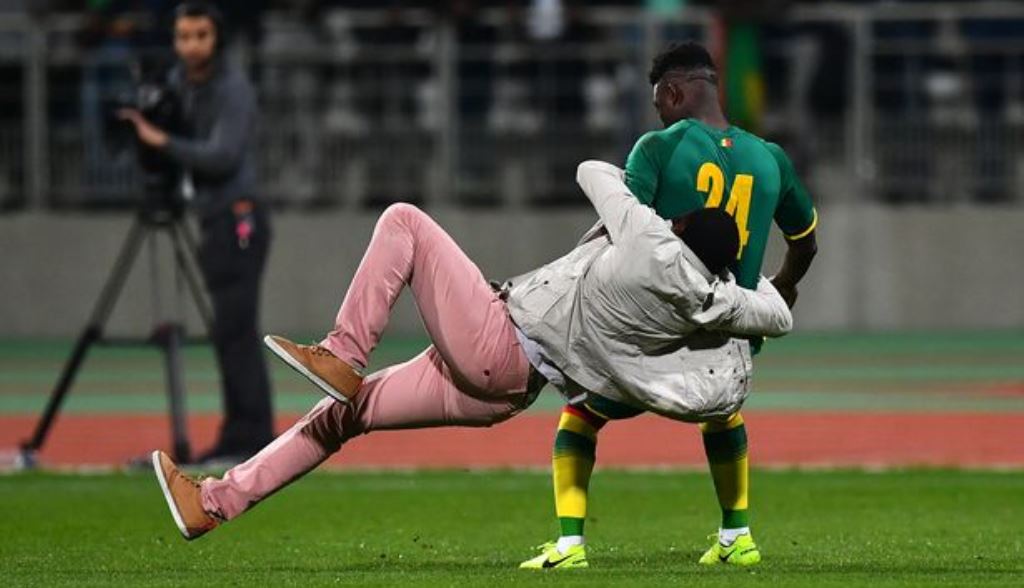 Les Éléphants of Ivory Coast and the Teranga Lions of Senegal friendly international was abandoned in the 88th minute on Monday after dozens of fans invaded the pitch.

Premier League stars Sadio Mane, Eric Bailly, Wilfried Zaha and Idrissa Gueye were all playing in the match for their respective countries.

Liverpool’s Sadio Mane gave Senegal the lead from the penalty spot in the second-half, with Cyriac Gohi Bi levelling the scores just a few minutes later at the Charlety Stadium in Paris.

The trouble began in the stands before fans finally bulldozed their way onto the pitch, where Senegal’s Lamine Gassama pictured was tackled to the ground.

Center officiating Referee Tony Chapron communicated to the players as they return to their dressing rooms before officially calling off the game.

In 2012, an African Nations Cup qualifier between the two sides was also abandoned after a riot in Dakar.