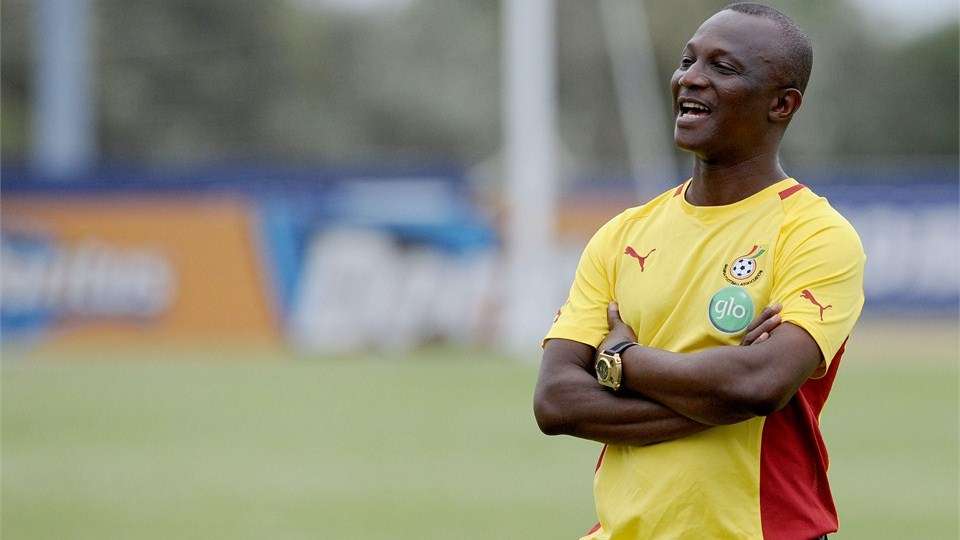 James Kwesi Appiah, the first black man to qualify Ghana for the World Cup has been reappointed head coach of Ghana and will also take charge of the local Black Stars.

The former Asante Kotoko left back, who managed the team from 2012 to 2014, qualifying the team for the 2014 World Cup in Brazil, will lead the Black Stars against Sierra Leone, Kenya and Ethiopia in the race for Cameroon 2019.

Only the winner of the group will guarantee a place in Cameroon. The 57-year-old will officially start work May 1 on two years deal. He replaces Avram Grant who stepped down as coach after the 2017 Africa Cup of Nations.

His first major task will be against Ethiopia in the qualifier of the 2019 Africa Cup of Nations in June.

The Black Stars are presently struggling to reach World Cup 2018 in Russia with just a single point from their two games five points behind Group E leaders Egypt.

Uganda are second behind Egypt and Congo-Brazzaville the other team in the group.