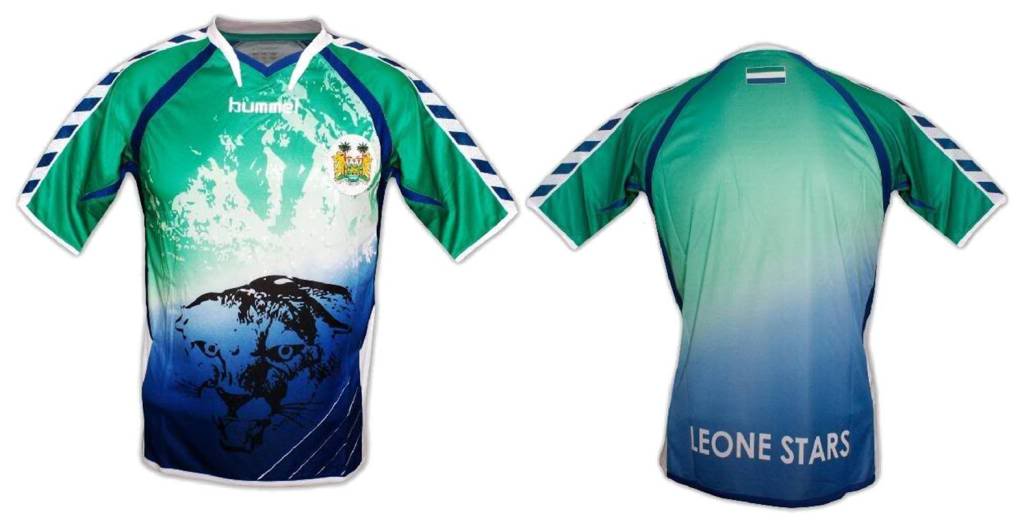 Reports from various international media stated that information from Sierra Leone is that the country’s Football Association is set to announce a kit supply deal Hummel adding that the Denmark kit manufacturer has agreed to sponsor the country’s senior national team, Leone Stars ahead of their 2019 CAF Africa Cup of Nations qualifiers which will commence in June 2017.

The media report stated: “A deal is expected to be signed on Wednesday (April 5, 2017) by both parties following a brief meeting between Hummel representatives and the Sierra Leone football association officials.”

A further quote from an FA official stated: “Hummel is back and we will do our best to keep this sponsorship. It will help the FA to minimize cost on kits.”

However, the SLFA media officer, Ibrahim Kamara in an exclusive interview with this media rebutted the reports as false and nothing closer to the truth.

“This is not true, there has not been any arrangement, not even meet with any Hummel person,” the SLFA media officer said.

The SLFA further released a press statement disproving the said reports and their statement reads: “The SLFA wishes to inform the general public that reports making the rounds claiming that a sponsorship agreement has been met between the sporting brand Hummel and the Sierra Leone Football Association are baseless and untrue. In fact, there was never a meeting between the two parties as purported by the said misguided story.

“SLFA will like the public to know that any information with regards sponsorship deals with any sporting brand will be officially put out through the SLFA Media Department.”

Hummel is reported to be the world’s sixth largest sporting brand and they started sponsoring the national teams’ kit in 2007 when teaming up with London-based Mediatel in the Millwall FC friendly match to celebrate the Bicentennial of the Abolition of Slavery.

In 2011, the Executive Committee of SLFA cancelled the said Hummel contract between them and Mediate/Hummel sponsorship but the then Youth, Employment and Sports Ministry went on to use the Danish brand in Leone Stars the last match against Niger on March 27th in Niamey which angered the SLFA executive committee.