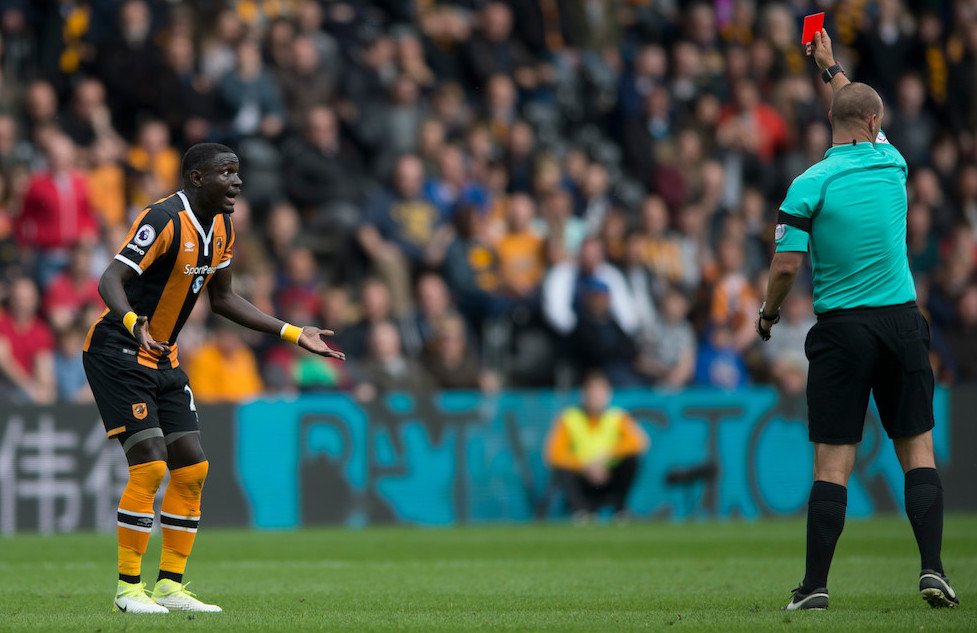 The 27-year-old Senegal international was shown a straight red card for a tackle on M’Baye Niang during Hull’s 2-0 win over the Hornets on Saturday.

Hull successfully appealed to the FA against Niasse’s red card – which would have led to a three-match ban.

It means Niasse will be available for Hull’s trip to Southampton on Saturday.

Hull City are two points above the relegation zone with four games to play.

?◾️ | Great News! We are pleased to announce that Oumar Niasse’s red card against @WatfordFC has been overturned https://t.co/Is7OrJuqlO pic.twitter.com/9NCUf3S0Dh