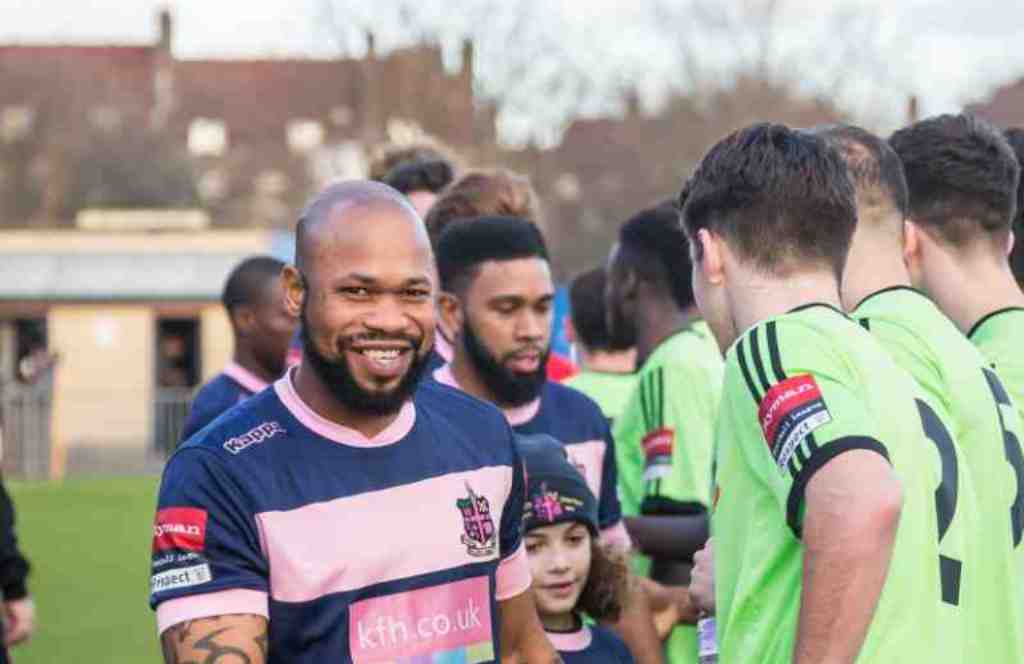 Former Leone Stars skipper, Ibrahim Kargbo scored his fourth goal of the season as his side suffered a 2-1 defeat to Bognor Regis Town on Saturday at the Ryman premier division play-off final.

The Hamlet suffered their second consecutive playoff final defeat as they couldn’t recover from a two-goal deficit.

Goals from Jimmy Muitt and Ollie Pearce gave Bognor full control in the first half before the former Leone Stars captain Ibrahim Kargbo pulled one back with 13 minutes from time.

The defeat to Bognor ended Kargbo and his Dulwich Hamlet side hopes of promotion to the National League South.

Elsewhere, Joshua Koroma and his Leyton Orient side waved goodbye to the English League Two after suffering 1-3 home defeat to Colchester United.

The 18-year-old, who was born in England to parents hailing from Sierra Leone, was introduced in the 79 minutes replacing Janse.

Koroma who at age 17 made his first team debut back in April as a substitute away to Barnet in a 3–0 league defeat featured 21 times this season for the Orient scoring three goals in their 4-0 win over Newport County at Rodney Parade, Newport County.

In Austria, George Davies enjoyed full time action with Floridsdorfer AC as they recorded a 2-0 win on the road to Horn. The Sierra Leonean winger was booked in 82 minutes.

Hassan Sesay made his season debut for Lahti in the Finland top tier league, the Veikkausliiga as they were held to a 1-1 draw while Abdul Sesay saw yellow on his debut season with JS Hercules who held Vifk 1-1 draw in the Finnish their tier league, the Kakkonen.