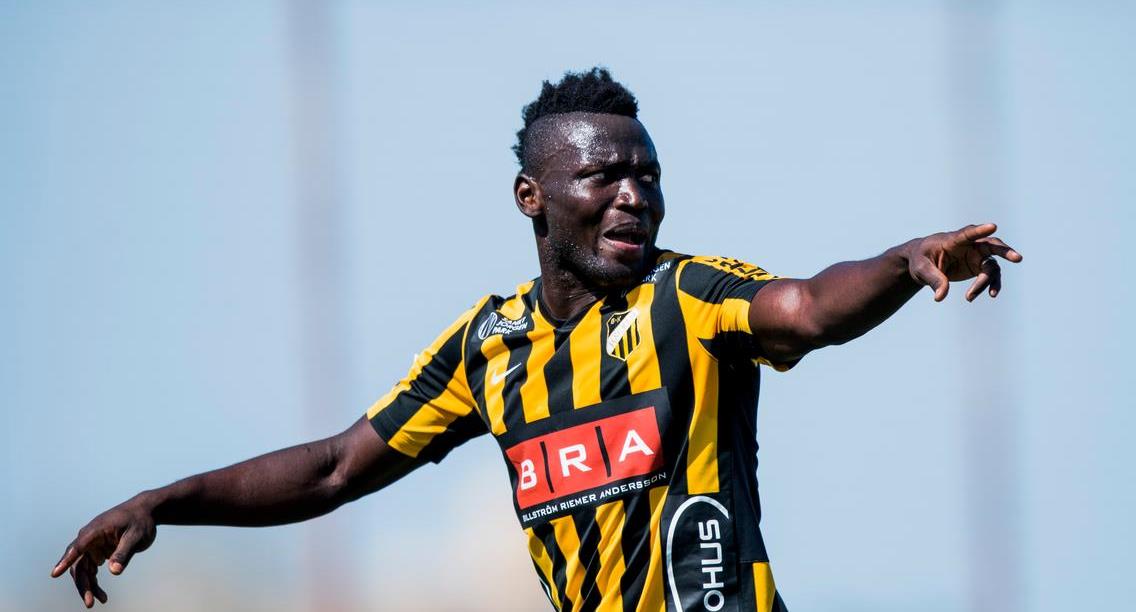 Alhassan ‘Crespo’ Kamara made it three goals in six games in the Swedish top flight for BK Häcken.

Kamara scored his Häcken’s third goal of the season in Tuesday’s 4-0 thrashing over derby rivals IFK Gothenburg at their Bravida Arena.

The victory took the Gothenburg-based outfit up to fifth in the standings and ended IFK Gothenburg six years unbeaten run over Häcken.

Clinical Häcken had raced to a 3-0 lead after just 28 minutes. “We started well an early goal and it is a line that suits us very well. We played very well in defence,” says Mikael Stahre at the press conference after the game.

“We knew we had to play smart, keep us on the right side of IFK and go on the offensive when we got the chance. And we made the 4-0 says, Alhassan Kamara.

Mattias Bjärsmyr, Gothenburg’s skipper in the seventh minute started the scoring with his own goal 1-0.

Brazilain Paulinho Guerreiro completed the home side big win in the 86th minute with a tidy finish (4-0).