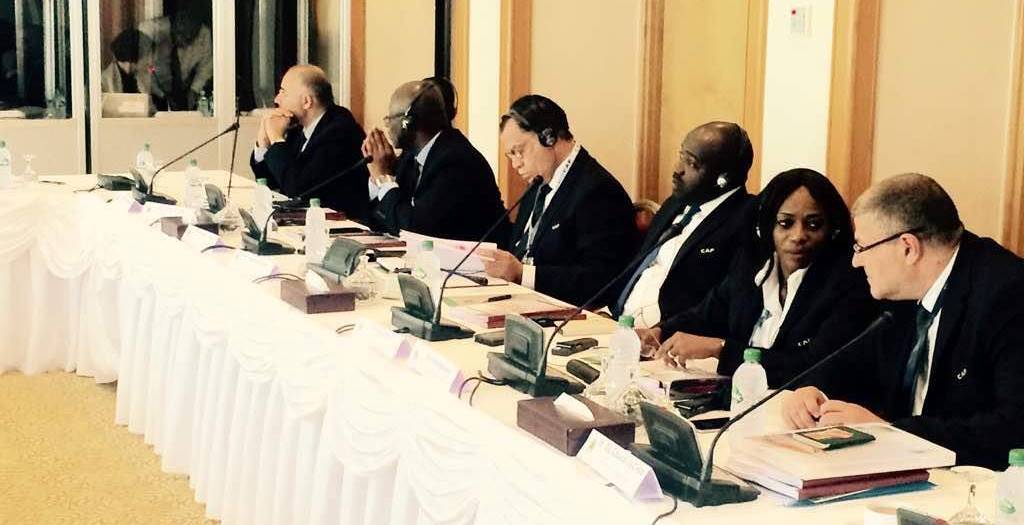 President of the Sierra Leone Football Association (SLFA), Isha Johansen, has been appointed as the head of the Confederations of African Football (CAF) Women’s football Committee.

Madam Johansen’s appointment came at the inaugural meeting of the CAF Executive Committee which took place on Monday in Manama, Bahrain, on the margin of the 67th FIFA Congress starting on Tuesday.

The SLFA boss was also named as the Vice Chair of the CAF Fair Play and CAF Social Responsibilities Committee.

It is the first time in CAF’s 60-year history that a Sierra Leonean has been appointed to head such a committee at CAF.

In August 2009, the then SLFA boss, Nahim Khadi was appointed as member of the CAF Organising Committee for the African Futsal Championship and in October 2013, Madam Johansen and the current CAF education officer, Abdul Rahman Swarray were both appointed as member of the CAF Organizing Committee for Management of CAF club licensing system and the CAF Disciplinary Board respectively.

Madam Johansen who is already months away to end her first term reign as President of the SLFA become the first Sierra Leonean to be elected to the CAF Executive Committee after defeating Lydia Nsekera by 23 votes out of 47 votes casted at the CAF 39th Ordinary General Assembly in Ethiopia this year.