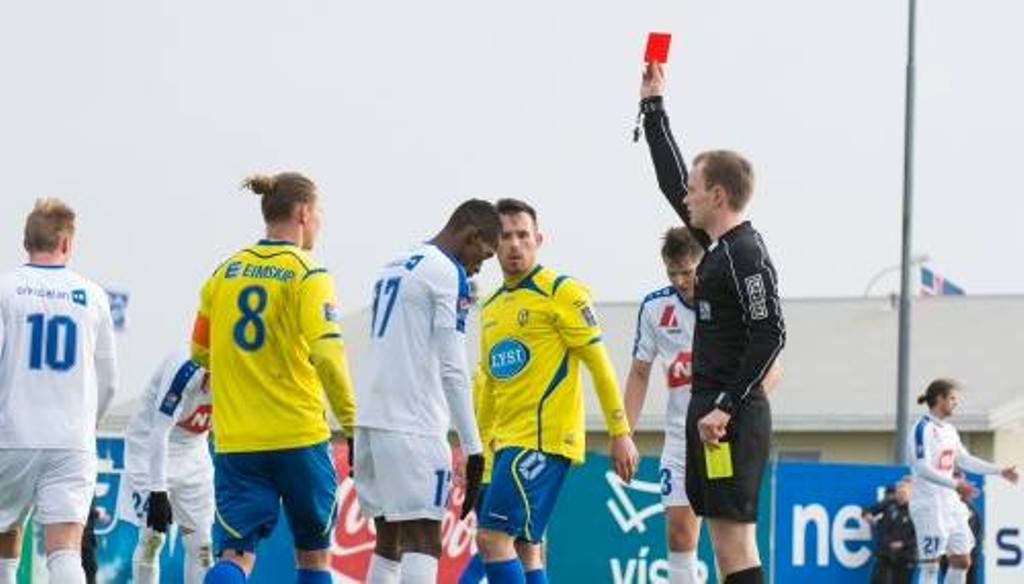 Sierra Leonean midfielder, Kwame Quee ended up his Víkingur Ólafsvík‏ debut day on a sad footing as he was sent off eight minutes from time in Saturday 3-1 win over Grindavík in the Iceland league.

The young midfielder who only completed his loaned deal from FC Johansen to the Úrvalsdeild Karla league side last week received double yellow in 65 minutes and the 82nd minute before giving the matching order a decision the club’s manager coach Ejub Purisevic describe as soft one.

“The red card was a little soft. Certainly, Kwame broke several times in the game but no offense to justify the red card. Maybe Ivar (the referee) was just fed up,” Purisevic said in a post-match interview.

Despite the dismissal, the 20-year-old was very instrumental in the match helping his new side to secure their first win in three matches as the move a step forward to ninth place in the league table with three points.