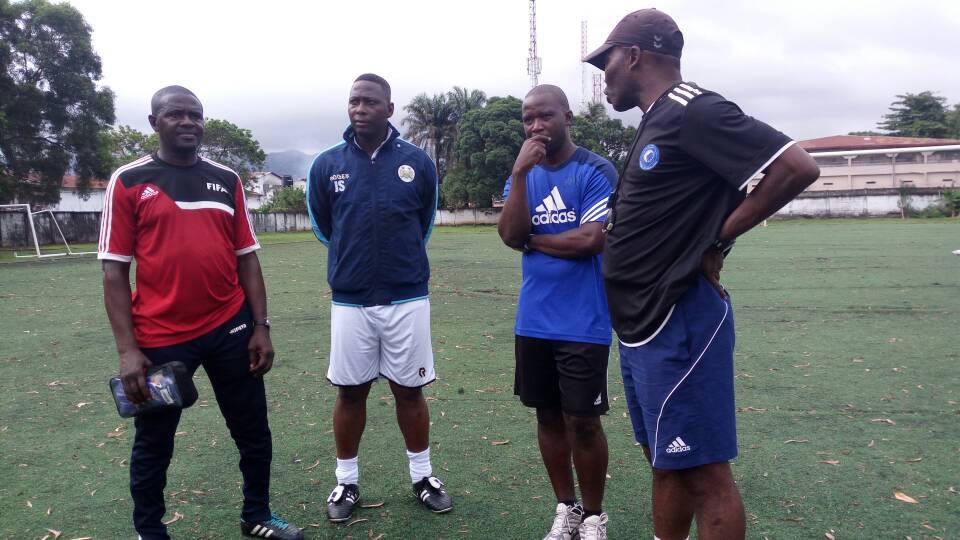 Keister, 46, will be officially unveiled by the Ministry of Sports and the Sierra Leone Football Association (SLFA) eight months after Leone Stars narrowly eliminated by Ivory Coast in Bouake for a place in Gabon 2017.

Football Sierra Leone understands that the former Chester City and Shrewsbury Town midfielder will work with an all-local and former Sierra Leone internationals as technical staffs.

Margate FC former player/assistant manager will start his first spell as Leone Stars head coach with a 2019 Africa Cup of Nations qualifier against the Harambee Stars in Freetown on 10 June.

Former Sierra Leone skippers Abu Bakarr Tostao Kamara and John Sama both captain the National team in the 1994 and 1996 Nations Cup in Tunisia and South Africa respectively are expected to be assisting Keister.

Although he was born in Manchester England, Keister started his career at Tigres in 1992 before moving to England in 1993.

Keister, capped 2 times for Sierra Leone has played for Walsall, Chester City, Shrewsbury Town, Stevenage Borough, Margate and Dover Athletic where he was captain before returning to previous club Margate on a free transfer in September 2009.

He played in two World Cup qualifiers against Nigeria and Morocco for Sierra Leone. Making him the first player from the club to receive international recognition whilst playing for them

Keister was player/assistant manager at the club but left in February 2011, and prior to this appointment has been the head coach of FC Johansen.

He guided FC Johansen to lift the 2016 Sierra Leone FA Cup. The club’s first major domestic trophy and was the assistant to Sellas Tetteh during the qualifiers for 2017 Nations Cup.