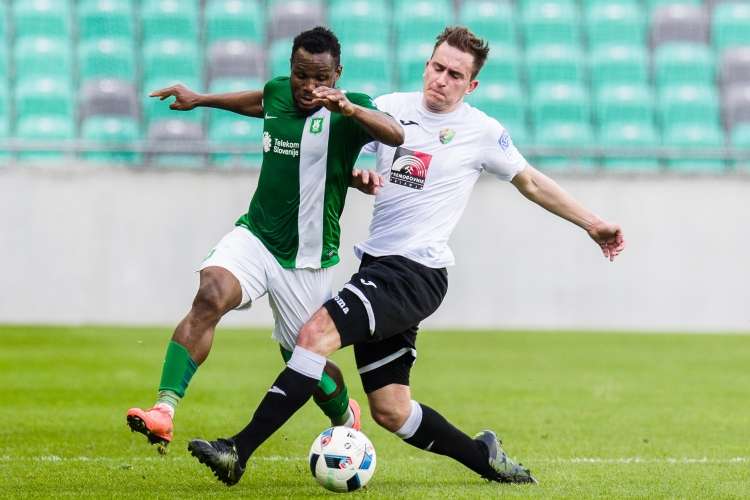 NK Olimpija attacking midfielder Julius Wobay is determined and hoping his side can win this season Slovenia FA Cup the Pokal Slovenije against Domžale on Wednesday 31 May at the Koper Stadion Bonifika.

The Prva Liga defending champions will face Domžale after eliminating Maribor 3-2 on aggregate to reach the Cup final.

The 33-year-old attacking midfielder, who has made 25 appearances in all competition this season, is hoping he can win his first Slovenia FA Cup on Wednesday.

The Sierra Leone international won the Slovenia top flight last season and was pivotal in his first six months helping his side to the title.

Asked if he is fit and ready for the Slovenia Cup final, Wobay replied: “Yes, I’m fit and ready – injury free thanks to Allah for that. I’m a professional and I want to win my first Cup in Slovenia – Is a huge opportunity for me to show what I can do.

“I’ll be delighted if we can go on and win. Two trophies in my first one and half year with the team, it will be great. My first six months was when we won the league. So I’m happy to be part of this club history, Wobay told www.footballsierraleone.net.

“We have performed poorly in the league this season and has missed out a place in both the Champions League and Europa League qualification all that we have hoped for now is the FA Cup,” he added.

“We’re going to enjoy the day on Wednesday – give everything. It’s a cup final and the most important thing is the desire of every player to win silverware.”