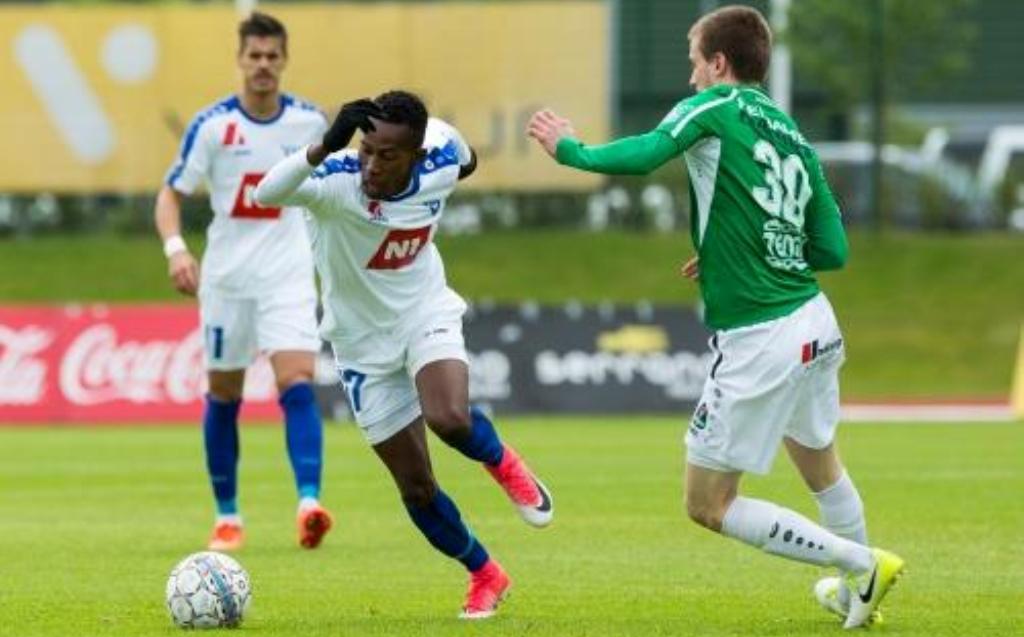 On loan, FC Johansen midfielder, Kwame Quee opens his account in the Iceland top flight league in the 34th minutes in Víkingur 2-1 defeat away to Breidablik on Sunday.

Quee, 20, who was only playing his third top-flight matches since joining the club in May this year, was again a key player for his new club.

The Leone Stars midfielder ended up his Víkingur Ólafsvík‏ debut day on a sad footing as he was sent off eight minutes from time. 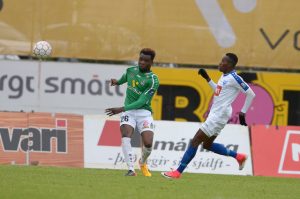 Quee, who has been named in the Sierra Leone side to face Kenya in the 2019 Africa Cup of Nations qualifier opener, scored a close range header but his goal was not enough for his side to nick a point.

Vikingur Olafsvik next match will be at home hosting KA Akureyri on Monday, June 5th, 2017.