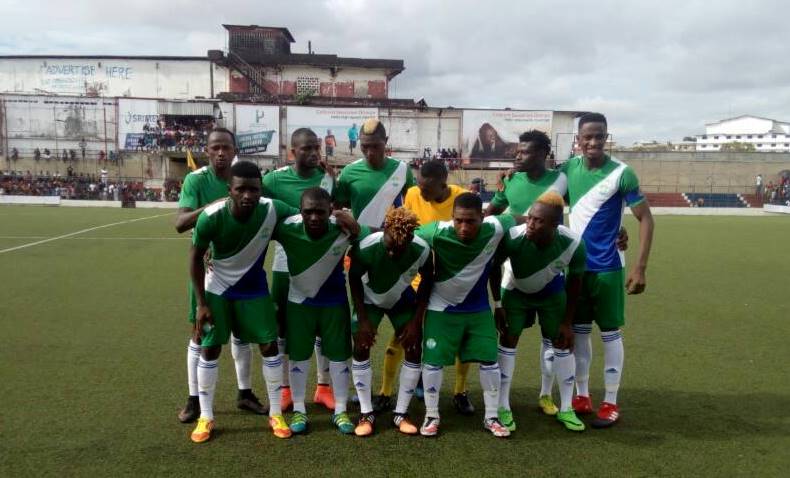 The Leone Stars of Sierra Leone were edged 1 nil by host Liberia in Monrovia in a friendly international on Monday at the Antoinette Tubman Stadium.

The defeat was John Keister’s first in charge of the Sierra Leone side that are preparing to face Kenya in the 2019 Africa Nations Cup first-leg qualifier in Freetown on June 10.

The only goal of the game was scored in the 78th minutes by Christopher Bigman Jackson of LISCR football club assisted by Terrence Tisdell of Fassell FC.

LISCR’s striker was introduced in the second 45, replacing striker Mark Paye after a goalless first half, and managed to use his height to send FC Fassel forward Terrance Tisdell’s left foot cross from about 10 yards.

Not much separated the two teams in the first half with only a few attempts, striker Paye getting the Lone Star’s only shot on target from a header and the visitor’s with one attempt.

John Keister selected a squad of 20 players including three foreign-based for the testing encounter.

Khalifa Jabbie as one of the foreign-based just from winning the treble with FC Sheriff Tiraspol in Moldova was the captain of Leone Stars.

The team will return home on Tuesday to continue with their preparation for the Kenyans.