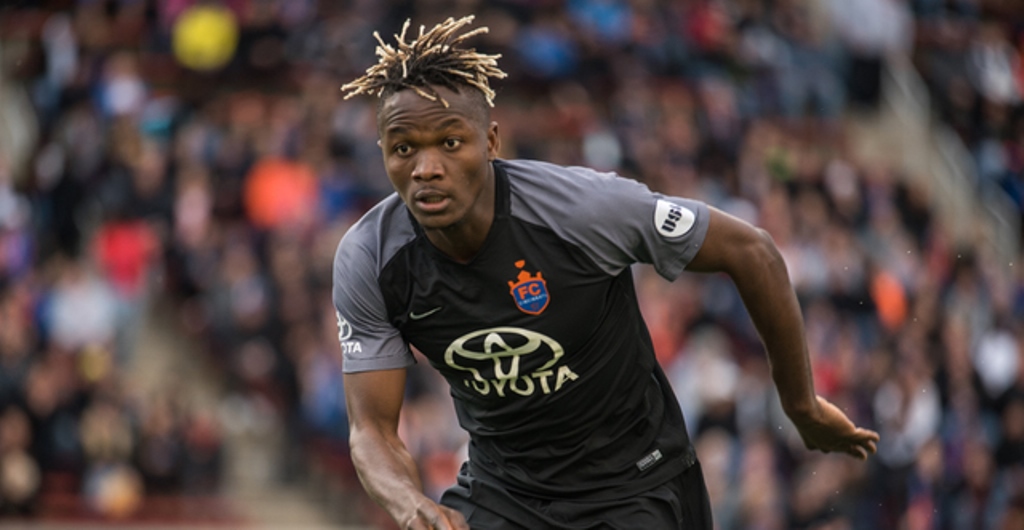 Seattle Sounders have recalled Victor Mansaray from his loan spell at FC Cincinnati on Friday, the striker has confirmed.

Asked why his loan move was cut short he said, “Seattle wanted me back, I was playing at Seattle before my loan move and after my first international call-up Seattle decided they want me back.”

The youngster, who was part of the Sierra Leone team preparation ahead of the 2019 Africa Cup of Nations first leg qualifying tie in Freetown on June 10 will be hoping to impress the Sounder’s head coach Brian Schmetzer.

The former US U20 striker did not feature in the match when Sierra Leone defeated Kenya 2-1 and was disappointed.

“I was disappointed because I didn’t have my FIFA clearance on time,” Mansaray told footballsierraleone.net

He made eight appearances at FC Cincinnati— three starts — but no goals and no assists. However, he did score three goals for Cincinnati during the preseason.

He had previously played for the United States at various youth international levels, most recently with the U20s during the Four Nations tournament that took place back in October 2016.

He featured twice in that tournament with one start and one substitute appearance.

Mansaray will face a tough competition at Sounders, 34-year-old Clint Dempsey is their top striker. Dempsey has four goals so far this season; he was on target against the Timbers on Sunday.

Mansaray has been a member of the Sounders since midway between the 2012-2013 seasons when he joined the Sounders Academy.