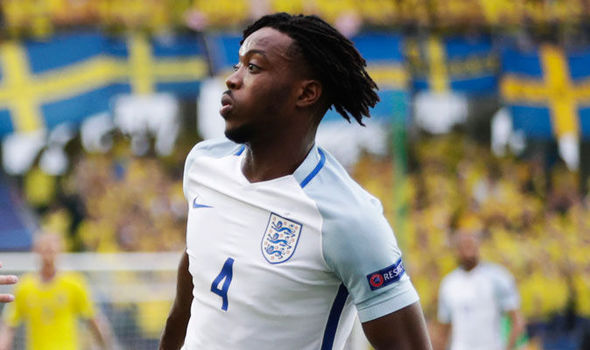 Sierra Leone-born and Watford City midfielder Nathaniel Chalobah have been named for the first time in the senior England squad for the upcoming World Cup qualifiers against Malta and Slovakia early next month.

This means Chalobah, 22, first England call up will now finally end any hopes of him ever playing for Sierra Leone his country of birth.

It’s no surprise as Gareth Southgate thinks the Chelsea Academy product could provide the additional quality to the centre of his side.

Chalobah will be part of Southgate’s 28-man squad for the 2018 World Cup qualifiers against Malta on 1 September and Slovakia three days later.

A piece of disappointing news for Sierra Leone soccer fans who were expecting that one day, Chalobah will don the Sierra Leone national colours.

Got another one like this in your locker, @chalobah? ? pic.twitter.com/OLbyUMdEhm

Here it is – the #ThreeLions squad for September's @FIFAWorldCup qualifiers! pic.twitter.com/qH48tarLSI