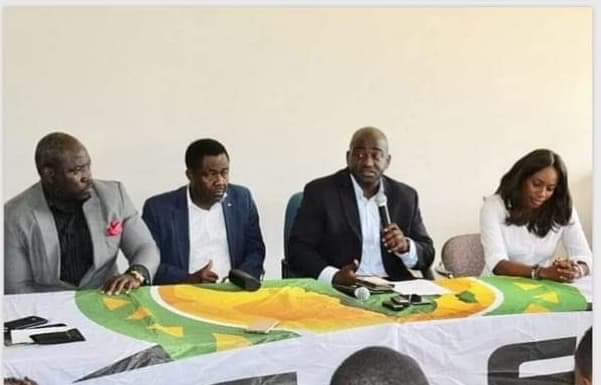 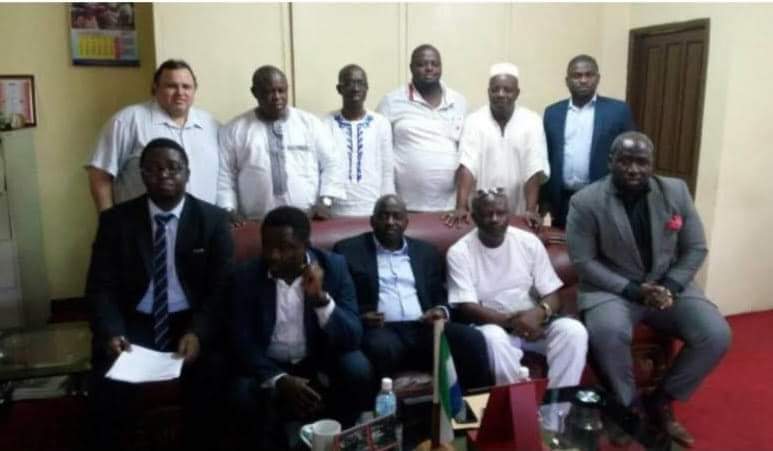 Fifa Task-force with members of the Sierra Leone Football Association

Football’s world governing body Fifa has redesigned the roadmap to heal the bitter and protracted rift in the game in Sierra Leone after a two-day visit.

The national premiership league has not been played in the country for three years under the executive of Africa’s only woman FA head Isha Johansen. Her leadership was disputed by rival members and a power struggle ensued since 2014.

The power struggle over the running of football in Sierra Leone worsened after the FA’s Congress in Makeni was postponed unexpectedly in 2015.

After nearly a year of the new Fifa’s intervention, a mediation team from the world body has made several recommendations to help resolve the ongoing impasse after concluding its findings on Friday.

In a communique issued by the task force, which comprised of the Minister of Sports Ahmed Khanou, the Chairman Taskforce Musa Bility, SLFA’s representative Drucil Taylor and Fifa Director of member Associations Veron Mosengo-Omba, the following points were agreed upon:

The Task-force also after further deliberation with concern stakeholders in Sierra Leone Football, recommends that the FIFA member Association Committee should, establish without delay the timeframe for the following activities.

As Fifa has earlier indicated, Johansen, who is due in court 30 October to face corruption charges is expected to remain in office until the election of a new president.

However, her status to run as the incumbent is now questionable after the recent charges by the country’s anti-corruption bureau, who also called for her and the FA’s secretary-general to step down immediately.

She is a member of the Caf executive committee and holds positions in other committees of the African body and Fifa.