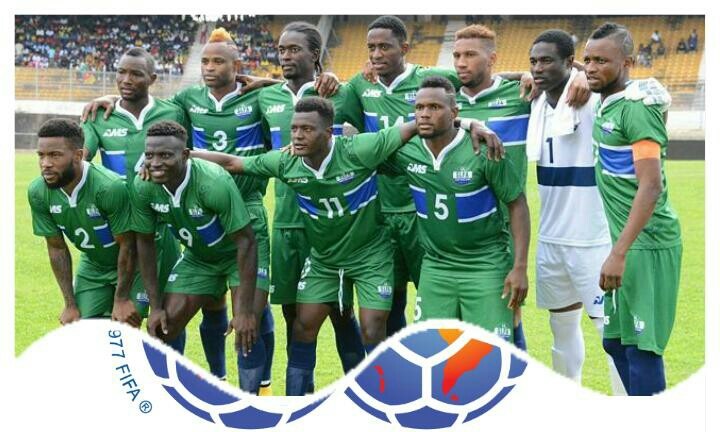 Sierra Leone moved two places from 99th to 97th in the latest global rankings for November, despite not kicking a ball since September.

The Sierra Leone national home-based stars were eliminated from this year’s WAFU Cup of Nations in September following a 2-0 defeat to Nigeria’s home-based Eagles at the Cape Coast Sports Stadium in Ghana.

Meanwhile, West African neighbours Senegal is among the biggest climbers.

Senegal, who moved up to 23 from 32 on the Fifa World Rankings for November, were impressive against South Africa during their World Cup replayed contest at the Peter Mokaba Stadium in November that saw them qualify for next year’s World Cup in Russia.

Nigeria’s Super Eagles are the lowest-ranked among Africa’s World Cup-bound nations at 50 globally and 8 on the continent.

The next FIFA/Coca-Cola World Ranking will be published on 21 December 2017.