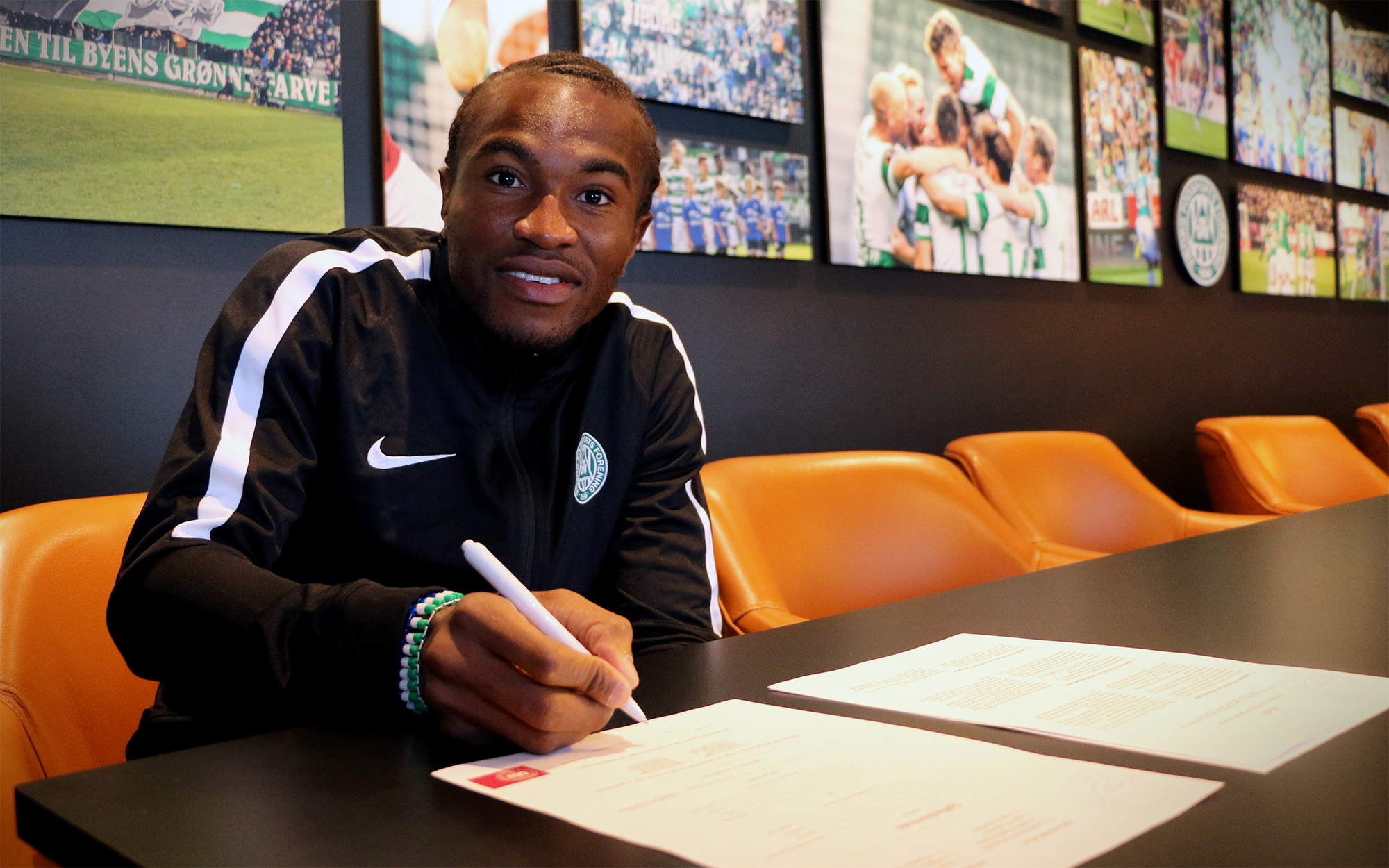 Former Vendsyssel FF striker Christian Moses has signed for Danish NordicBet Liga side Viborg FF as a free agent until the end of 2018.

Moses, 24, scored 9 goals in nineteen appearances before leaving Vendsyssel because the NordicBet third-place side cannot afford the player financial package.

Head coach Steffen Højer told club’s website: “I expect him to work hard for the team and that he will make goals. He has to give something to the team, but the team must also do something for him so that we get a good spring together.”

“I am really happy to be here and I am looking forward to playing for the club, Moses after signing for his new club.

“It has been my goal to stay in Denmark, and I am very pleased to have signed with Viborg. It’s a good club and I want to work hard for the team, and hopefully, I can continue to score many goals, just like I’ve also done for Vendsyssel, “Moses told the club’s official website.

“We get a wildly exciting player in Christian Moses, who has already proved that he is a profile in the NordicBet League. He is moving, he is strong and so he can score goals. He is a player who can hurt most teams and we look forward to the cooperation.

The club is presently seventh on 28 points from 19 matches – winning eight matches during the first half of the league.